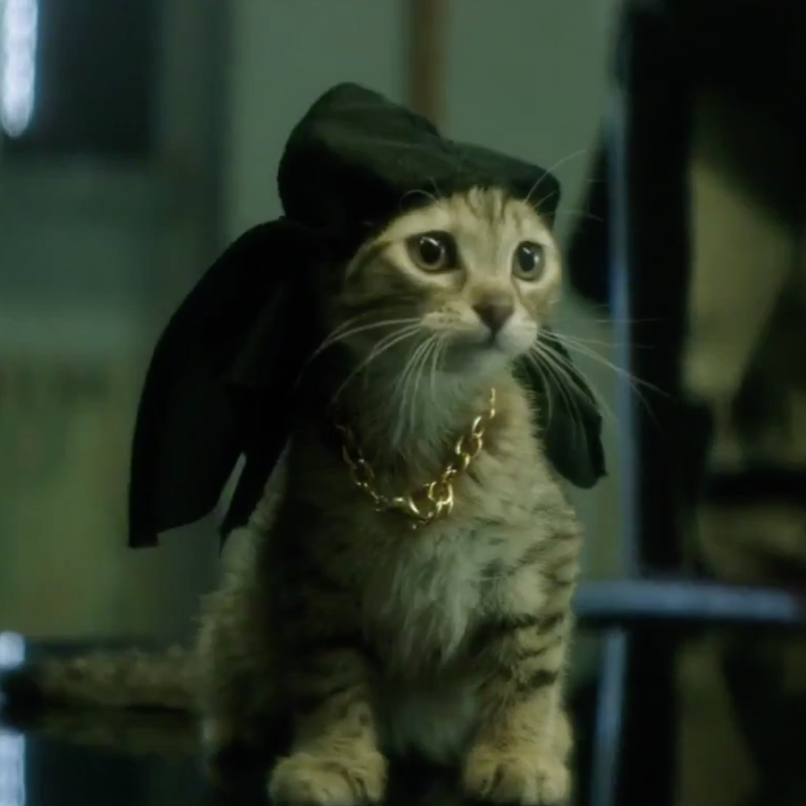 Comedy Central’s sketch show Key & Peele was groundbreaking for a number of reasons – the impeccable comic timing of Keegan-Michael Key and Jordan Peele, director Peter Atencio’s pitch-perfect, feature-quality direction, and its breathless combination of committed lowbrow humor and incisive sociopolitical digs at race, gender, relationships and politics. With their show ending in 2015, we now arrive at Keanu, their first attempt to transfer their unique aesthetic to the big screen, to mixed results.

Key and Peele star as Clarence and Rell, two middle-class suburban friends getting ready for a weekend of bro-time while Clarence’s wife (Nia Long) is out of town. When Rell’s kitten/reason for living Keanu is stolen by the 17th Street Blips (“the guys that got kicked outta the Bloods and the Crips,” explains Will Forte’s dreadlocked Hulka), the two go undercover as hardened gangsters to retrieve Keanu from the Blips’ gregarious leader, Cheddar (Method Man), finding themselves embroiled in a gang war over the ownership of their furry friend.

Keanu wears its influences on its sleeve to an almost rebellious degree: Rell’s apartment is littered with New Jack City and Heat posters, and one of his earliest activities with Keanu sees him assembling a calendar of the kitten re-enacting scenes from famous crime/action films. Cheddar’s on the same page, re-naming Keanu “New Jack” and outfitting him with an Ice-T do-rag and gold chain. The premise itself is self-referential: while this film was allegedly written beforehand, it’s telling that both Keanu and its spiritual cousin John Wick follow similar premises as pet-based revenge thrillers. These little nods, while not necessary to enjoy the film as a whole, are nice Easter eggs for the kind of people who probably have the same DVDs on their shelves as Peele and his co-writer Alex Rubens.

The film’s strengths absolutely lie in Key and Peele’s infectious, fast-talking lead performances. With a comic sensibility sitting somewhere between the celebratory blackness of Dave Chappelle and the stoner-fueled neuroses of Judd Apatow, the two find a lot of ways to entertainingly explore the premise of two milquetoast, suburban black guys finding themselves forced to ‘front’ their way out of life-threatening situations. Look a bit deeper in the character dynamics of Keanu (particularly Clarence’s character arc involving his straight-laced, middle-class lifestyle) and the film has a few things to say about how people construct their racial identities, and feel pressure to behave in certain ways in certain situations because of that. Key and Peele have covered this territory before to great success (e.g. “White Zombies” and “Substitute Teacher”), so it’s nice to see it in their first big outing.

While Keanu has its charms, the third act falls apart a bit at the seams, as it often does with action-comedies; by the time the film has to get to the “action” part, such movies don’t seem to know what to do with it. There are still plenty of highlights in the film’s second half (the film does the mandatory drug-trip sequence particularly well, including a cameo from Keanu Reeves himself), the whole thing feels a bit rushed and obligatory. Instead of working toward a nice resolution between the boys and Cheddar – the villain the film offers the whole time – the movie cops out and throws in Luis Guzman from out of nowhere to give the leads an adversary.

Rell’s romance with female gang member Hi-C (Tiffany Haddish) is admirable but undercooked, and one particular scene with Anna Faris, playing herself, sends the film’s momentum screeching to a half. Even the film’s scary Allentown brothers (also Key and Peele, pulling a Boondock Saints routine behind long wigs and trenchcoats) come and go far too quickly to matter. These concepts solidify the impression that Peele, Rubens and Atencio might have struggled to bring their hilarious sketch idea to feature length.

Keanu gets a lot of things right, and almost just as many things wrong. Still, there’s absolutely enough here to make it worthwhile, especially if you’re a Key and Peele fan. If you start to get bored near the end, don’t worry: every so often, you get to look at a cute cat.