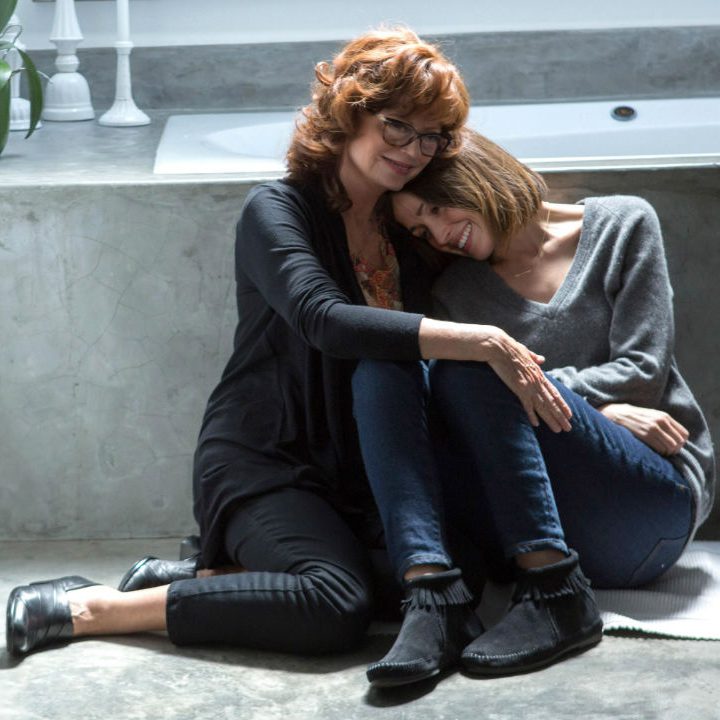 The Meddler is presented as a very different kind of film than it actually is. It’s as if the film doesn’t want to give itself the credit it deserves, from the misleading title to its unnecessary reliance on familiar plot devices in the third act. Even so, The Meddler is a delightful film with an emotional honesty that can be traced back to the real-life mother of writer/director Lorene Scafaria. Perhaps if Scafaria trusted the strength of that truth an inch or two more, it would be enough to avoid distractions along the way.

Susan Sarandon stars with an effortless comedic grace as Marnie, mother of Lori (Rose Byrne) and widow to Joe. She’s a New Yorker who has followed her TV-writer daughter to L.A. in the wake of her husband’s death in hopes of moving on and finding a new way of living. Suffice it to say, she is struggling. One can assume that she’s always been a bit restless and talkative, but with this newfound loneliness, that tornado of energy crashes into Lori’s life and it’s all a bit overwhelming.

This is the sort of character movie The Meddler tricks you into thinking it will be — a one-note comedic caricature of the “meddling” mother who naively suffocates her daughter to the point of humorous implosion. But in reality, it takes the best of that type of comedy, personalizes it with humane and believable details, and uses it as a landscape to explore a portrait of grief.

The Meddler uses many different methods of communicating the comedy of its characters, particularly the timing of cuts and  easy-to-miss details that flesh out the cast as real people. The film opens with a voiceover from Marnie that could easily be understood as the reading of a letter, but eventually cuts away to reveal her leaving a rambling voicemail to her daughter. This isn’t the last time we’ll see her do this, and the use of repetition throughout helps to cement her character and give the audience something to expect and grow to love. Marnie repeatedly exclaims the line, “Basically, I’m great!,” and every time she’s in the car she is listening to the same Beyoncé song. These details break Marnie’s character out of the stereotypes she could easily slip into.

It’s easy to connect to the film’s central characters because the tone of Scafaria’s screenplay is so specific, and every supporting cast member is just as convincing. From Cecily Strong as Jillian, Lori’s friend whose dream wedding Marnie decides to fund, to Jerrod Carmichael as Freddy, an Apple store employee who Marnie befriends and drives to night school, every role is filled with care.

Those supporting storylines offer effective ways of digging into Marnie’s overly generous character, and illuminate how she deals with (or doesn’t) the passing of her husband. When it comes down to it, she deflects, making everything about somebody else, even if that somebody is basically a stranger. She uses the money left for her by Joe to blindly give, and though it comes from a good place, it’s still a coping mechanism. Marnie’s relationships with Freddy and Jillian show us how she’s dealing with loss, and they’re crucial to understanding who she is.

There are other elements, though, that hold less weight in the development of this look into her life, and read more like devices from a different film. For instance: the use of Lori’s ex-boyfriend Jacob (Jason Ritter), a gratuitous scene of Marnie being stoned at the grove, and even the introduction of not one, but two potential love interests. The love interest that seems the most promising as the film goes on is the ex-cop and Harley Davidson-driving Zipper, played with charm (and little subtlety) by JK Simmons.

Throughout the film Scafaria leaves the viewer waiting for the sign of a catalyst, something that will help Marnie truly process her grief, but that momentum is weathered down as it becomes confused in the middle of multiple out-of-place devices that strive to act as tools through which she can change. But these more predictable mechanisms make more sense for a different movie, a movie less smart than The Meddler proves to be. There’s a subtler, quieter moment near the end that would stand out if those extra devices hadn’t clouded it. Since Sarandon’s memorable performance and the strength in writing and allow Marnie to avoid falling into cliche, there’s no reason the film should feel the need to play into any molds. Nevertheless, the overall sincerity and dimension in character still allows the film to feel endearingly original.