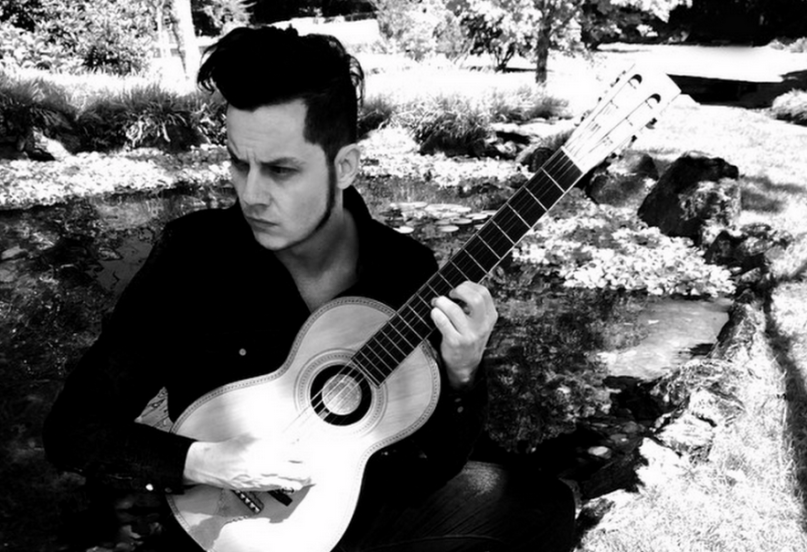 In wrapping up his world tour behind Lazaretto, Jack White embarked on an intimate solo acoustic tour performing gigs in rarely visited states like Idaho, Wyoming, and Alaska. Tickets to each performance were priced at just $3. Now, for the latest installment of Third Man Records’ subscription program the Vault, recordings of two of these shows will be released for the first time.

The Vault package also includes Pictures From Unknown States, a photo book from David James Swanson, as well as two Risograph prints of the aforementioned gigs taken by Swanson. Fans can subscribe to The Vault and purchase the package here.

Live in Idaho Setlist:
Just One Drink
Temporary Ground
Hotel Yorba
You Know That I Know
Inaccessibly Mystery
Do
Alone in My Home
Carolina Drama
Love Interruption
A Martyr For My Love For You
Sugar Never Tasted So Good
We’re Going to Be Friends
The Same Boy You’ve Always Known
I Asked For Water (She Gave Me Gasoline)
Blunderbuss
You’ve Got Her in Your Pocket
Goodnight, Irene

Live in Alaska Setlist:
Just One Drink
Temporary Ground
Love Interruption
Machine Gun Silhouette
Offend in Every Way
The Same Boy You’ve Always Known
Alone in My Home
You Know That I Know
We’re Going to Be Friends
Entitlement
Carolina Drama
You’ve Got Her in Your Pocket
A Martyr For My Love For You
Goodnight, Irene