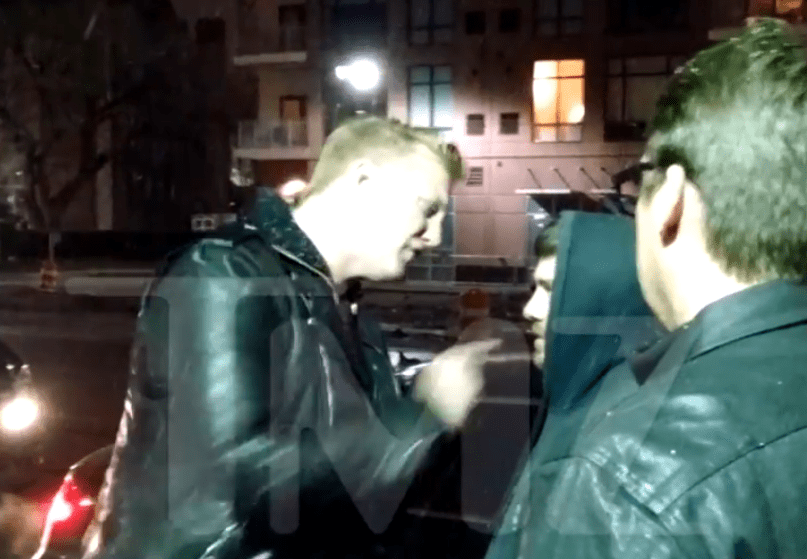 There are few people more scummy in life than dudes who make a living hawking celebrity autographs. These real life vultures successfully dupe celebrities into putting pen to paper with the sole intention of reselling their John Hancock at memorabilia stores. Faced with such scenario during a recent gig in Detroit, Josh Homme not only rejected the swindler’s request for an autograph, he tore him a new one. TMZ captured video of the incident, which you can see below.

Update: CoS reader Jarrett Koral has published a detailed account of the incident on our Facebook page:

I was at this in Detroit and was right next to Josh when this happened. TMZ cut out the angry comments made by the ‘fan’/autograph hound, and it’s unfair to Josh that they did that. Josh wasn’t signing autographs because there were obvious eBay sellers there (multiple items, lying to get stuff signed for their kids, etc), but he said he would take pictures with everybody. Suddenly, the autograph hounds weren’t interested. When Josh started taking pictures with people, the autograph hound (who talked about reselling the autographs while we were waiting outside) then said “do you know how much we made off you tonight”, which was a reply to Josh saying that he didn’t want anything ending up on eBay. Taking pictures with fans was generous, and I just thought I’d set the record straight!