Laura Jane Grace says Against Me! to play North Carolina concert in protest over anti-LGBTQ law

"But visibility is more important than ever; to go there and have the platform of a stage to stand on and speak your mind and represent yourself." 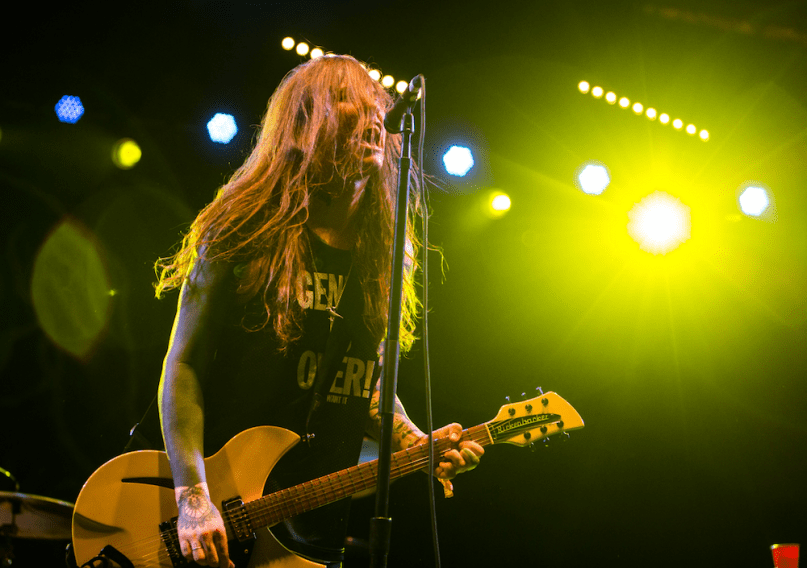 “Transgender people who have not taken surgical and legal steps to change the gender noted on their birth certificates have no legal right under state law to use public restrooms of the gender with which they identify,” according to the Charlotte Observer.

Upon announcing his cancellation, Springsteen said, “Some things are more important than a rock show and this fight against prejudice and bigotry — which is happening as I write — is one of them. It is the strongest means I have for raising my voice in opposition to those who continue to push us backwards instead of forwards.”

Now, Against Me! singer Laura Jane Grace, a transgender person and vocal supporter of transgender rights, is protesting in her own way: She has confirmed that rather than cancel, Against Me’s scheduled May 15th show in Durham, North Carolina will go as planned.

“I’m going to create an event around the show as a form of protest to say that despite whatever stupid laws they enact, trans people are not going to be scared,” she told Buzzfeed. “They are not going to go away.”

Although Grace considers Springsteen an “ally” in the fight against the anti-LGBTQ law, she explained their differences in approach when it comes to protesting. “I think the real danger with HB2 is that it creates a target on transgender people specifically,” she said.

“When you feel targeted as a trans person, the natural inclination is to go into hiding. But visibility is more important than ever; to go there and have the platform of a stage to stand on and speak your mind and represent yourself.”

It was suggested to me in an interview that we might cancel our May 15th show in Durham, NC because of the states HB2 bill. Hell no! (1/2)

I'm even more eager to play North Carolina 'cause of the bill! Let me know if there's any activist groups that can come table the show (2/2)