LEVITATION 2016 has been cancelled due to dangerous weather conditions 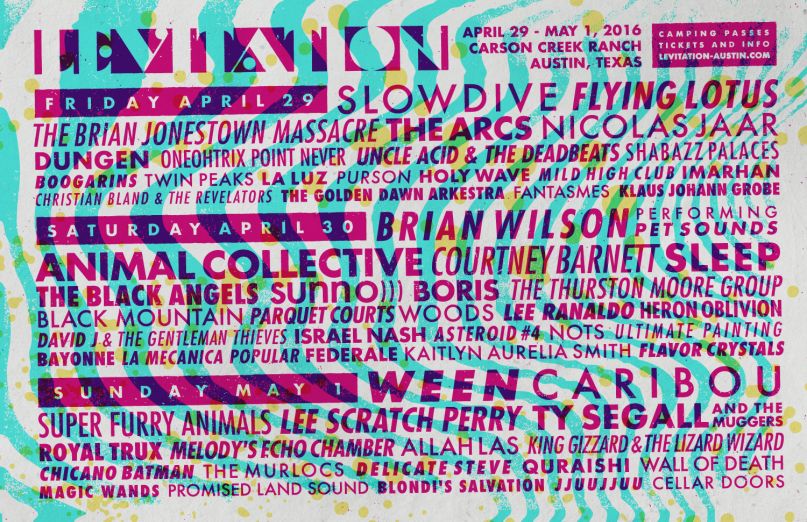 This weekend’s LEVITATION has been cancelled due to safety concerns regarding dangerous weather, the festival’s official website reported today. The Reverberation Appreciation Society, which has organized and curated the Austin-based festival since it was founded as Austin Psych Fest in 2008, calls the decision “heartbreaking” but admits that moving forward with the festival is simply not possible. In a statement, the Society explains that “the cancellation is due to dangerous weather conditions in the forecast combined with weather complications to the grounds and the Colorado River.”

Given the record rainfall in Texas this season and the ongoing threat of flooding, the decision to cancel LEVITATION should not come as a total surprise, but the news is extremely disappointing nonetheless. The festival is no stranger to severe weather; storms in 2015 nearly led to a cancellation as well, but organizers were able to make it through the weekend. “The difference between 2015 and 2016 is the severity of storms being predicted,” the statement reads. Some of the specific dangers cited include “high wind, large hail and tornado warnings, combined with high water levels from last week’s flooding.”

The festival will be issuing refunds for tickets and passes. See the website for more info.

Update – Friday, April 29th at 2:55 p.m. CT: LEVITATION organizers have been working tirelessly to relocate shows indoors into Austin’s many downtown venues. This afternoon, they revealed a schedule of those gigs as well as ticket information:

#Levitation2016 fans, at 2:30pm we will release lineup & info on all makeup shows. Info: https://t.co/oMwJZFi68S pic.twitter.com/bQJlagQQTH