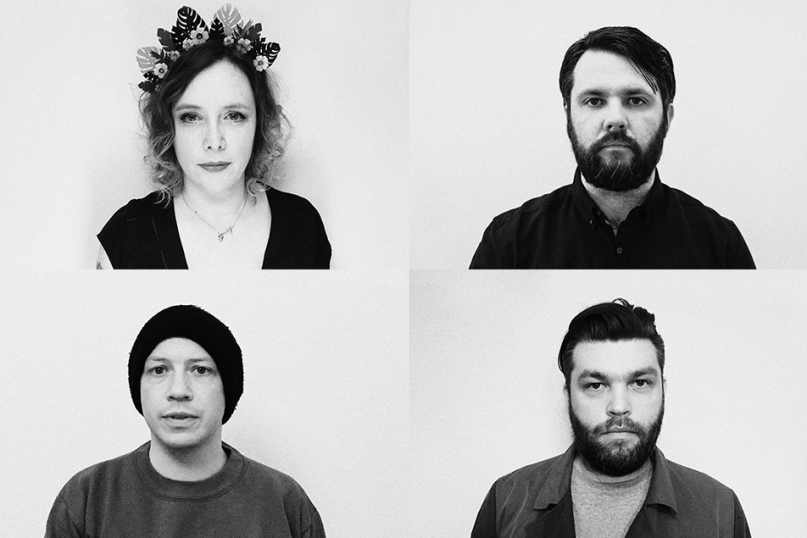 Previous single, “A Hundred Ropes”, had theatrics of its own, but they leaned on the ominous, oncoming Death side of things. “Folk Arp”, conversely, is more of a hopeful romance. The first two minutes of the six-minute long track are almost entirely taken up by a soft rhythm, looping guitar picking, and drawn out synth notes. Goswell’s airy vocals signal the song’s second movement as she coos “Can you feel this/ Warmth holding us?” Like the feeling of love tingling through your veins, the song builds as strings enter and the rhythm taps a quickening pace.

It’s just the kind of stirring build you’d expect a band formed from all these other outfits to handle exquisitely, and Minor Victories don’t disappoint. Take a listen below.

In addition to the new music, Minor Victories have revealed their first-ever US tour dates. They’ll pick up in the summer following their spring European dates, and you can find the whole itinerary below.