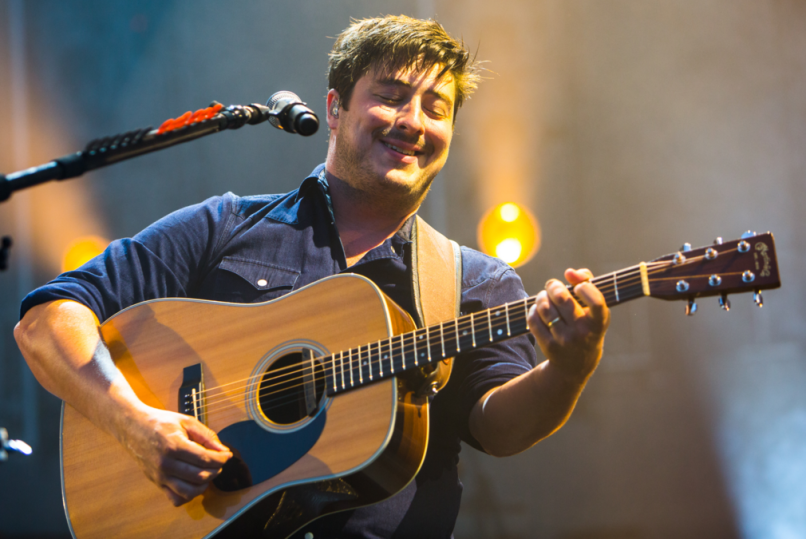 Artists have responded in different ways to North Carolina’s newly passed HB2 law, which bars transgender people from using bathrooms that conflict with their assigned gender at birth. Some musicians, like Bruce Springsteen and Ringo Starr, have canceled gigs in the state altogether. Others, like Against Me!’s Laura Jane Grace, have doubled down on their scheduled performances as a sign of protest. You can now add Mumford and Sons to that latter category.

Mumford and Sons’ Thursday night concert in Charlotte went on as scheduled, however, all profits from the show were donated to a local LGBTQ organization in town.

“As a band that relishes welcoming everyone to our shows and promoting tolerance,” Mumford and Sons wrote in a statement, “we do want to take a stand with the people of North Carolina who this week are shouting loudly against intolerance, fear and discrimination.”

The show at the Time Warner Center Arena was completely sold out, so no doubt the LGBTQ community received a healthy bit of help in fighting back against HB2. Read the band’s complete statement below.

We will be playing a show tomorrow in Charlotte, and recent events in North Carolina have got us talking a lot as a band the last few days, so we felt compelled to say something in advance to you.

As a band that relishes welcoming everyone to our shows and promoting tolerance, we do want to take a stand with the people of North Carolina who this week are shouting loudly against intolerance, fear and discrimination.

Over the years we’ve looked for ways to contribute to the vitality of local communities and, in that spirit, we’re now creating a charitable fund to support those who have made it their mission to pursue love and justice. We will be donating all of our profits from this show to this new fund. And we will start by making a donation from it to a local LGBTQ organisation.

As always, we will open the doors to our show to anyone who wants to come, and are excited to get down with the people of Charlotte.