A group of Austrian, Czech, and Swedish researchers sought out to examine the Queen singer's incredible vocals 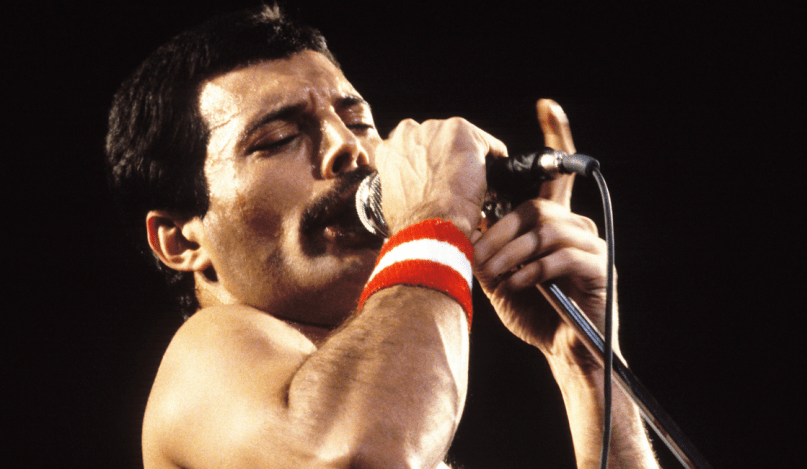 Regardless of what they might think personally about Queen, most rock critics and music fans alike recognize the immense vocal talent that was the great Freddie Mercury. Still, in case there was ever any doubt, new analysis of both Mercury’s singing and speaking voices has shed fresh light on just how special his pipes really were.

A group of Austrian, Czech, and Swedish researchers conducted the research, the results of which were published on Friday in Logopedics Phoniatrics Vocology (via AlphaGalileo). While they couldn’t confirm the long-held belief that Mercury’s range spanned four full octaves, they did discover some interesting tidbits about the expanse of his voice. For one, despite being known largely as a tenor, he was more likely a baritone. They based this assumption off analysis of six interviews that revealed a median speaking fundamental frequency of 117.3 Hz. That, coupled with anecdotal evidence that Mercury once turned down an opera duet because he was afraid fans wouldn’t recognize his baritone voice, led the conclusion that the singer was talented enough to jump out of his base range.

It’s true that without a living test subject, the researchers’ conclusions are largely unconformable. To get closer to the truth, however, the team brought in professional rock singer Daniel Zangger-Borch to imitate Mercury’s voice. They filmed his larynx at 4,000 frames per second in order to look at exactly how the Queen frontman created those iconic rough growls and jaw-dropping vibratos. What they discovered was that he likely employed subharmonics, a singing style where the ventricular folds vibrate along with the vocal folds. Most humans never speak or sing with their ventricular folds unless they’re Tuvan throat singers, so the fact that this popular rock vocalist was probably dealing with subharmonics is pretty incredible.

What’s more, Mercury’s vocal cords just moved faster than other people’s. While a typical vibrato will fluctuate between 5.4 Hz and 6.9 Hz, Mercury’s was 7.04 Hz. To look at that in a more scientific way, a perfect sine wave for vibrato assumes the value of 1, which is pretty close to where famous opera singer Luciano Pavarotti sat. Mercury, on the other hand, averaged a value of 0.57, meaning he was vibrating something in his throat even Pavarotti couldn’t move.

There’s a lot of scientific and analytical music terminology in the full study (which can be read here), but the conclusion was clear from the beginning: Freddie Mercury had a voice unlike anyone else in rock ‘n’ roll, and that led to one of the most unique singers and stage performers of all time.

As they say, the proof is in the pudding: