"The HB2 law that was recently passed is a despicable piece of legislation that encourages discrimination against an entire group of American citizens." 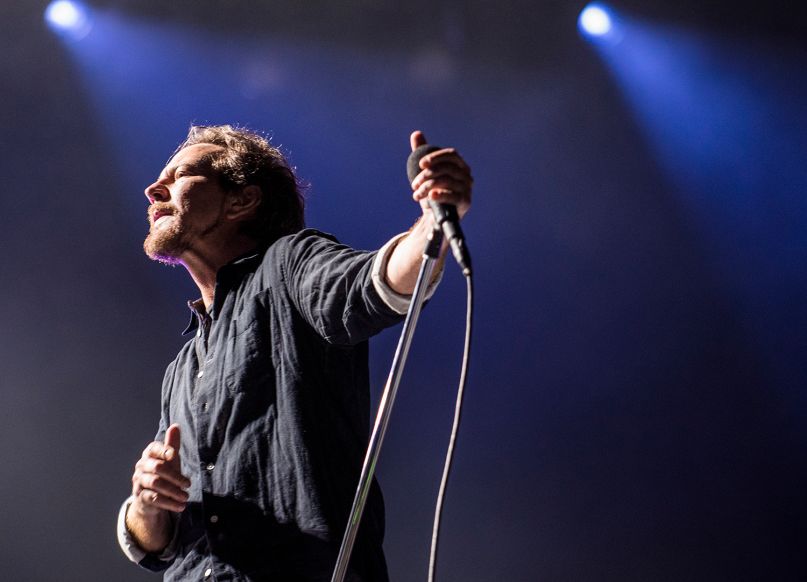 Pearl Jam have followed the lead of Bruce Springsteen in canceling an upcoming concert scheduled in North Carolina for April 20th. The decision was made in protest of HB2, aka the Public Facilities Privacy & Security Act, a newly passed piece of legislation which prohibits transgender people from using bathrooms and locker rooms that do not match the “biological sex” listed on their birth certificate.

“The HB2 law that was recently passed is a despicable piece of legislation that encourages discrimination against an entire group of American citizens,” Pearl Jam said in a hand-written letter posted to Twitter. “It is for this reason that we must take a stand against prejudice, along with other artists and businesses, and join those in North Carolina to oppose HB2 and repair what is currently unacceptable.”

Additionally, Pearl Jam said they’ve “communicated with local groups and will be providing them with funds to help facilitate progress on the issue.”

It's with deep consideration & much regret that we must cancel the Raleigh, NC show on 4/20: https://t.co/Z7I65UJmhP pic.twitter.com/P89wysiNFe

Whereas Pearl Jam, Springsteen, and Ringo Starr have canceled their North Carolina concerts, Against Me’s Laura Jane Grace, who herself is transgender, went through with the her scheduled gig as an act of protest. Mumford and Sons also performed in North Carolina as scheduled, but donated all profits from the show to LGBTQ advocacy groups.