Purple Rain at 30: The Companion Piece to Prince’s Masterpiece 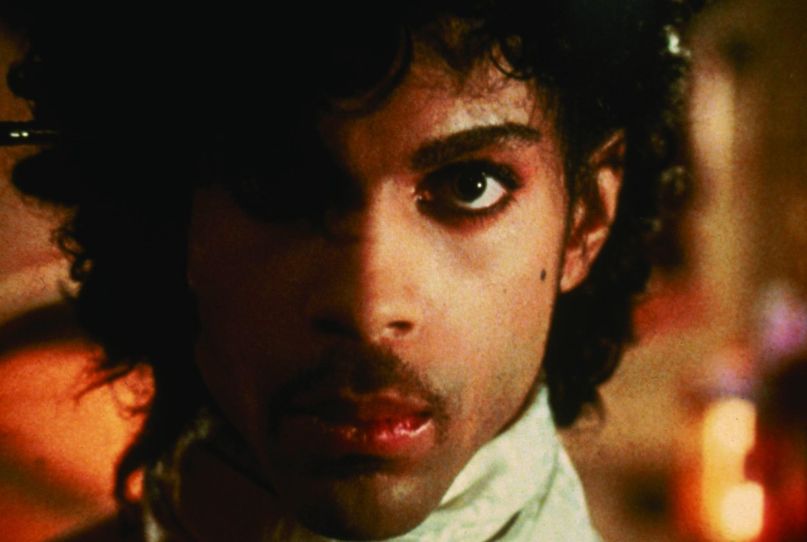 This feature was originally published in August of 2014.

If you think about it, those lyrics from “Take Me with U” perfectly sum up the experience of watching Purple Rain. Prince takes the audience for a ride in the perfectly silly companion piece to what would be his greatest album. You don’t care about the movie itself, but rather, you’re exhilarated just to be spending time with his Purpleness as he goes from song to song via concerts and montages, elevating a not-so-very-good film with his powerhouse music and performances (performance being specific to his singing, not his sloppy, pouty acting). The camp classic is a testament to Prince’s longevity, oddity, and music-making magic.

It’s the 30th anniversary of Purple Rain. It came out on July 27, 1984, and has developed a cult following in the decades since. Devotees know about Lake Minnetonka, that scumball Morris Day, Prince’s fabulous guitar, and that bold, purple motorcycle he rides through Minneapolis. The soundtrack/studio album came out a month prior, and it was a whirlwind hit. Who could pull off such a crazy move in this day and age? The only other thing that really comes to mind is 8 Mile. Concert flicks generally play to minor money, not like Purple Rain, the 11th highest grossing flick of ’84. The Daft Punk movie, Electroma, certainly didn’t make it to the States. Tommy’s still a head-scratcher. Remember, From Justin to Kelly was laughed out of theaters. Even Prince’s follow-ups, Graffiti Bridge and Under the Cherry Moon, couldn’t hold a candle to Rain.

Unlike the aforementioned fare, Purple Rain was a total package that was melodramatic in its own way. It was a bold declaration. It’s Prince engraving his own prophecy about how he’s going to be famous. It’s so arrogant you have to give the guy credit for making good on that promise. He’s not lying when he sings, looking at the camera, “Baby I’m a Star!”

Prince and the Revolution’s album Purple Rain was gigantic, building on Prince’s R&B and funk beginnings on Dirty Mind and 1999 and entering new dimensions of mainstream rock and pop and funk and punk in only nine tunes. It was an event. The eponymous single was a gloriously epic, deeply moving ballad. “When Doves Cry” became a great, weird, spacey single. “Take Me with U” took people’s breath away as a dreamy trip. “Let’s Go Crazy”, the opening track, was a super-powered rock song doubling as a call to listeners that they were about to enter an exciting new collection of music. There’s not a poor showing on Purple Rain, the album.

It’s fitting that the film begins with the pulsating, catchy, and declarative “Let’s Go Crazy”, because the movie does just that. People forget the story because the music is so transcendent, but Purple Rain delivers on its rapturous source with fittingly crazy melodrama. Based on Prince’s life story and his beginnings in Minnesota, Purple Rain chronicles a young artist’s tumultuous, arrogant, sexy rise to stardom. Prince Rogers Nelson is … The Kid!

Don’t laugh! Okay, laugh maybe a little. Dave Chappelle and Charlie Murphy were right; Prince does prance around in his glittery bullfighter’s outfit, vamping it up and overplaying every single moment he’s on screen – and it’s a thing of beauty.

We open to the sounds of electric organ, humming, as Prince sings, “We are gathered here today to get through this thing called life.” It’s generic to the point that it could begin any movie, but this is about The Kid, and he has the wherewithal to say it. We embark on Prince’s life story. We see him at Minneapolis’s famous First Avenue, competing against Morris Day and the Time, a band now known for their one big hit, “Jungle Love”. The Kid has a passionate, crotch-grabbing (gross) love affair with Apollonia (Apollonia Kotero of Vanity 6, totally unable to act, but she did sing “Nasty Girl” in real life, so it evens out), a young girl just trying to get her foot in the door of the music biz. Prince must struggle with his abusive father, his restless bandmates, his surly promoter, and most importantly, his own greatness.

Purple Rain, tonally, is hysterical. Every scene is done to the extreme. Prince doesn’t just run in to stop his father from abusing his mother; he charges at him, little fists clenched, shouting in his pubescent voice, “She heard you, Dad!” and then gets slapped to the ground. There are insert shots of horribly ‘80s-looking people (teased hair and gobs of glitter) during shows. Every tune elicits tears because it’s just that kind of movie. Prince doesn’t just take Apollonia on a beautiful bike ride in the forest; he takes her in the dead cold of spring and is shot from every vantage point with music blaring. First dates are flowers and dinner normally, right? The Kid steals Apollonia’s jewelry, forces her onto his bike, and tricks her into stripping and skinny-dipping in a frosty lake. Total pig, right? But he smirks, and she nods approvingly, as if to say, “Oh you,” and then the music comes back on as they ride away. Only Prince could get away with such a thing. As a story, it’s told at sub-Lifetime levels of cheese. It’s an accidental merit if anything and really damn funny.

However, when Prince takes the stage, singing, screaming, suggestively dancing and shredding his guitar with The Revolution, it’s arguably the greatest concert footage ever filmed. Director Albert Magnoli had a simple job: put a camera and a good mic on these guys, and purple mountain majesties would arrive. Botching the drama is fine when you have the sense to put Prince on film doing what he’s great at. The guy rocks. The way he feverishly brandishes his guitar like a phallus, excited, powerful (sorry if this is blue-sounding, but it’s just not subtle), it’s still the most provocative show. Or it elicits giggles, but it sure gets your attention. “Darling Nikki” takes on a smutty life with S&M masks and raunchy red lights. “I Would Die 4 U” shows a man not only coming to terms with his abilities, but Prince dancing like you wouldn’t believe on stage.

The movie is driven by Prince’s ambitions, or asshole-ishness, depending on who you talk to. There’s a whole host of stories about Prince being a pain. Like The Simpsons script the little maestro rejected, but not without writing a bonkers one himself. Or his ceaseless fights with record labels about where his music goes (try finding his songs on YouTube). The script for Purple Rain was originally called Dreams. Prince would have no such thing. “Purple” had to be in the title. This was his brainchild. Distributor Warner Bros. initially balked at the concept of a simultaneous album and movie. It made Prince a movie star, a music video master, and of course, one of the most popular singers of all time.

Purple Rain went on to win an Oscar for Best Original Song Score (the last Oscar of that kind), and the album sold 20 million copies worldwide. As a dramatic work, this is goofy, even embarrassing at best. As a musician’s labor of love, it’s breathless. Memorable too. By the end, the film becomes such a blast. Purple Rain is a tour de force of showmanship, and you feel lucky to be with him. Just have a healthy dose of skepticism about the whole Lake Minnetonka thing.