The band's new album, Delusions of Grand Fur, coincides with the 20th anniversary of an indie classic 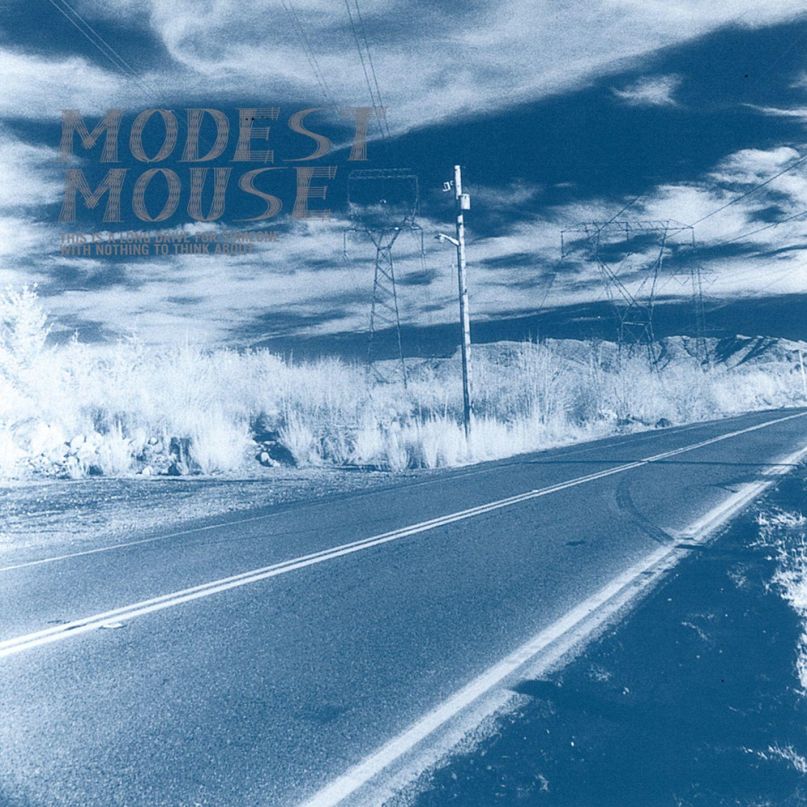 Back before “indie rock” was a term that existed in mainstream conversations, Modest Mouse was causing a stir in the underground. The band emerged from Issaquah, Washington, without much pretense or context. Their bending notes didn’t sound like something that could reach beyond the quiet Seattle suburb. Yet, 20 years after their debut record, This Is a Long Drive for Someone with Nothing to Think About, it’s clear that the band both defied and surpassed whatever expectations might have been placed on them — not that they cared or thought much about it.

Others, however, did care. As the group’s sound worked its way across the Pacific Northwest and down the West Coast, it reached the ears of future Rogue Wave frontman Zach Rogue (né Zach Schwartz). Modest Mouse no doubt changed the lives of a lot of indie rockers, and Rogue’s story is just one shining example of their music hitting someone at the exact right time.

“The ’90s was not exactly the best era of music,” Rogue remembers. “There wasn’t as much exciting stuff on the radio. I think people were kind of feeling like music was a little dead to them.” Then, as if out of nowhere, Modest Mouse came around and changed the narrative. “They kind of just forgot about the past and had a sound that was just completely theirs,” explains Rogue. “I think people were drawn to that.”

Rogue first heard Modest Mouse while working at UC Davis’ renowned college radio station, KDVS. He steeped himself in the station’s extensive vinyl collection, featuring works from then-obscure artists like Guided by Voices and Archers of Loaf. It was there that he first heard “Sleepwalking” from Modest Mouse’s 1996 EP, Interstate 8. Later, he ventured out to a local shop, CD Research, that let shoppers borrow discs before purchasing them. He did end up purchasing Interstate 8 –– along with every other Modest Mouse release he could get his hands on. This Is a Long Drive… particularly captured his imagination, thanks to squiggly opening track, “Dramamine”.

“‘Dramamine’ is the first one that really got me because the sound of the guitars,” he reflects. “The way the guitar tone matched what he was talking … As someone who was trying to learn to play chords, I was stunned by the literal notion of taking that sound and matching [the subject].”

Frontman Isaac Brock’s playing, which replicates the woozy feeling that accompanies a strong dose of cough syrup, was masterful in Rogue’s mind. He also was taken with the unconventional structure, forgoing the standard verse-chorus-verse model in favor of sonic exploration. Rogue jokingly quotes Jerry Maguire, claiming the band “had me at hello.” But it’s not just the sounds of the record that struck him. He was also intrigued by the record’s sentimentality — or rather, its complete lack of sentimentality as far as the audience is concerned. “When you listened to them, you felt like they didn’t give a shit if you listened to them or not,” he explains. The message he heard between the lines was loud and clear: “You won’t affect our world in any fashion whether you listen to us or not.”

Rogue gives further credit to Brock — slight lisp and all — for his unlikeliness as a frontman. “When I first heard Isaac singing, there was such mystique,” he recalls. “It was pre-Internet … [so] I was trying conjure in my mind what they looked like. They were intimidating. I thought they were, like, these guys who lived in a cabin in the woods with very little access to electricity and tools. They seemed so primitive and intimidating to me and totally unafraid to speak about the mundane.”

As the name suggests, much of This Is a Long Drive… deals with traveling across bleak highways and landscapes. This is subject matter that Rogue can relate to, having traveled the country several times during his tenure with Rogue Wave.

“I couldn’t really appreciate the vastness of the country until I started touring,” he says. “First of all, how boring it can be to try and get across certain states. It seems so endless. Trying to drive across Texas, it just takes so long. And some of it, you’ll see this absolute beauty. I think the [Bonneville] Salt Flats in Utah are breathtaking, but other people feel like you’re just looking at a straight line for hours.”

The album’s blurry cover and faded typeface perfectly capture the feeling of not belonging anywhere, Rogue says. It’s something he’s often felt on tour — the emptiness and the isolation, the sense of losing one’s identity.

Rogue describes This Is a Long Drive… as a “spark” for what was to come later in Modest Mouse’s extensive discography, starting with 1997 follow-up The Lonesome Crowded West, a record that betrays the faintest traces of pop. He calls the band’s early sound “dystopic,” possessing an “empty, cold spirit” that somehow translated into transcendent and beautiful moments. Brock’s harrowing lyricism on This Is a Long Drive… would continue to evolve over the band’s subsequent releases.

“He just blossomed into a junkyard poet that a lot of people could really relate to,” explains Rogue. “It wasn’t about being the star. It was about being the guy who’s chucking rocks off that bridge. Who’s that guy? What’s the story he’s gonna tell?”

As the band’s stories and sound grew, so did their audience. While 2004’s Good News for People Who Love Bad News was a major departure for Modest Mouse, it was also their most commercially successful album to date. Rogue compares this to the moment in the early ’90s when Nirvana and Sonic Youth broke into the mainstream.

“I remember the first time I heard Modest Mouse on some commercial radio station… I was completely floored. I felt like that was the moment where things changed,” he says. “When ‘Float On’ became a radio hit, that changed music. And that is really to me — I’m just a dumbass, but to my ears and to my view, that was when the shift happened, when the floodgates kind of opened.”

Those floodgates paved the way for bands like Rogue Wave, who released their debut album that same year and went on to achieve larger success than they may have in a world without Modest Mouse. Rogue Wave even went on to work with Good News… producer Dennis Herring, one of the people responsible for helping Modest Mouse’s sound reach a wider audience. No longer a foreign idea to the public, indie rock was now something to be embraced and shared. Even still, Rogue remains baffled that Modest Mouse of all bands were the ones to make the leap.

Twenty years later, Rogue looks back at This Is a Long Drive… with reverence. The album has continued to be an inspiration for him and longtime bandmate Pat Spurgeon, who took a back-to-basics approach with their forthcoming album, Delusions of Grand Fur. As he explains, Rogue Wave’s latest effort is concerned with the “tendency of fresh-faced musicians to misperceive the reality of band life.” Hearing him talk about This Is a Long Drive…, the parallels seem obvious.

“That record is a real spark of that authentic sound,” says Rogue, “and it’s a reminder to me that whenever I do anything, the only one I need to please is me and Pat.”