Run the Jewels and DJ Shadow collaborate on “Nobody Speak” — listen

A bangin' track from DJ Shadow's forthcoming album, The Mountain Will Fall 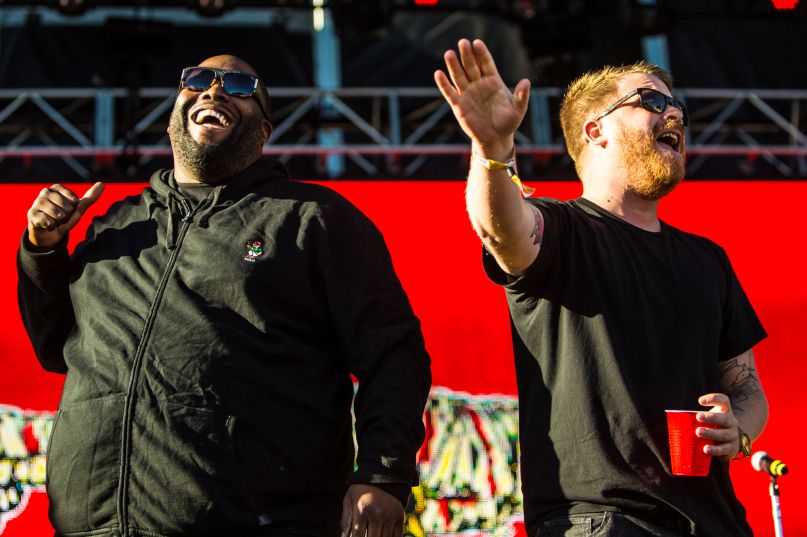 On June 24th, DJ Shadow will release his first album in five years, The Mountain Will Fall. Among the 13 new tracks on the The Less You Know, The Better follow-up is “Nobody Speak”, a collaboration with Run the Jewels. A rumbling cut elevated by rich brass, it finds El-P and Killer Mike and DJ Shadow bringing out the best in one another.

According to the instrumental hip-hop producer, enlisting the “indomitable” Run the Jewels for the track was a no-brainer:

“Occasionally, I make a beat that demands a specific vocal treatment and attitude. In the case of ‘Nobody Speak,’ I wasn’t going to settle for anyone other than Run The Jewels; in my mind, it was them or no one. Fortunately, they agreed, and they took the track to a place I could never get to on my own. That’s the definition of a rewarding collaboration.”

El-P similarly praised DJ Shadow in a press release, saying, “Shadow is a legend and a friend. When he makes music he often changes music forever. When he asked us to jump on the record we didn’t blink.”

Stream “Nobody Speak” below.

Could not be more honored to share my collab with the indomitable @runjewels. Shhhh…. #TheMountainWillFall https://t.co/q3s2QlH7bo

Get a free download of our track with the legendary @djshadow “Nobody Speak” when you pick up the RSD VRTJ viewer! pic.twitter.com/XlcMizID11

The song will be available for digital download as part of Run the Jewels’ VRTJ viewer, which hits shelves this weekend for Record Store day.

In support of The Mountain Will Fall, DJ Shadow has announced he’ll be hosting a trio of Beats 1 shows this summer; the first will air in June.