In the grand tradition of Can and Neu!, Athens psych pop outfit writes music to get lost in 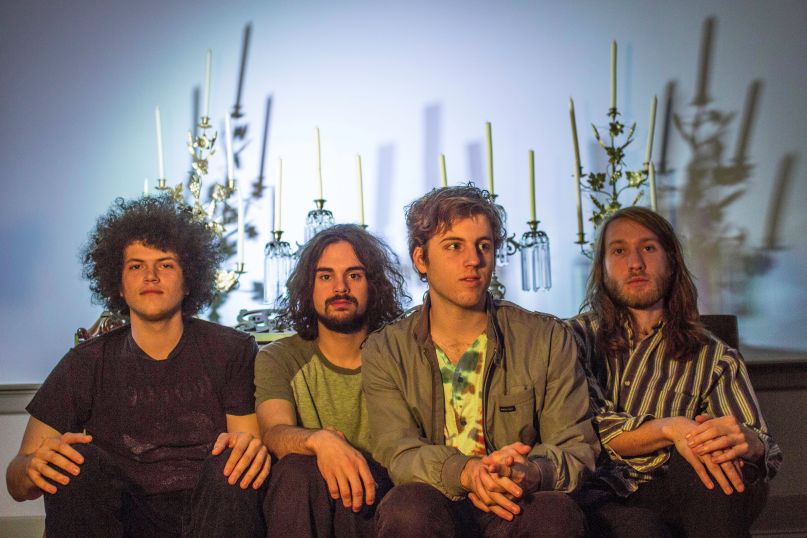 You might want to tie a long string to your waist before checking out magnetkingmagnetqueen, the latest album from Athens psych pop outfit New Madrid. This one is easy to get lost in. An enthralling blend of psych rock and a particularly twisted kind of pop, magnetkingmagnetqueen meanders all over the place before lodging itself in the unexplored corners of the brain — and that’s exactly how frontman Phil McGill intended it.

“Most of the songs started out about very small things,” McGill explains. “A few words someone said, a blurry memory, frustration, or a reaction to some other song.” It’s where they go from there that makes New Madrid’s latest effort possibly their strongest. “This record is the most like a train of any New Madrid record,” reflects McGill. “It doesn’t stop, rolling through a land simultaneously real and surreal.”

The band turned toward Can and Neu! for inspiration while writing the record, and it shows. Songs like the wiggly “Untitled III” and the epic seven-minute “Summer Belles” revel in the same kind of spontaneity that defined those legendary krautrockers.

New Madrid will release magnetkingmagnetqueen on April 29th via New West Records imprint Normaltown Records. Any fan that purchases the LP or CD at an indie retailer will receive an exclusive 4.25” x 4.25” magnet, featuring a unique mash up of the album artwork and a code that entitles them to download a full live set from the band’s first-ever London performance that took place on January 11th, 2016.

Stream the full record below, and scroll down to check out the album artwork and a full list of New Madrid’s 2016 tour dates.