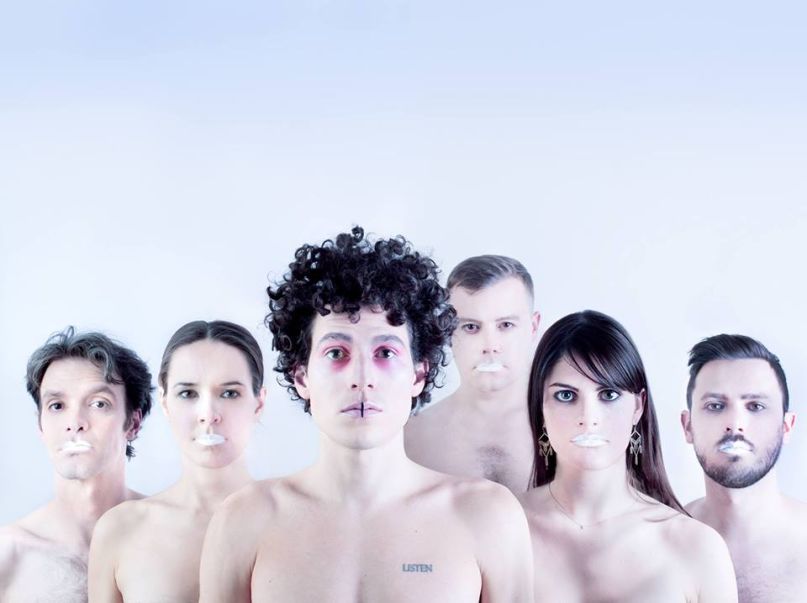 It’s easy to imagine a band with the size and scope of Emanuel and the Fear becoming unwieldy at some point. After all, it seems as if every member of the Brooklyn-based musical collective comes from a different background, be it jazz, folk, contemporary classical, or even heavy metal. So credit curly-haired frontman Emanuel Ayvas for uniting the troupe under the righteous banner of symphonic rock — and credit every single member of the eclectic collective for agreeing to join forces and create music that immediately registers as ambitious.

Ambition, however, isn’t the first thing that comes to mind when listening to the band’s latest single, “I Believe”. The song is positively breezy, with a simple, bouncy pop melody that isn’t the typical result when you bring together a bunch of prolific musical minds. Emanuel and the Fear have certainly shown a knack for complex arrangements, and you can hear that knack in the way the pianos and strings playfully intermingle here. But there’s something to be said for not overthinking it, and songs like “I Believe” say that something loud and clear.

The new single will appear on the band’s forthcoming third studio album, Primitive Smile, which follows 2012’s The Janus Mirror. Listen in to “I Believe” below, and scroll down to check out the album artwork.