Delicate, sitar-aided psych music from a place you might least expect it 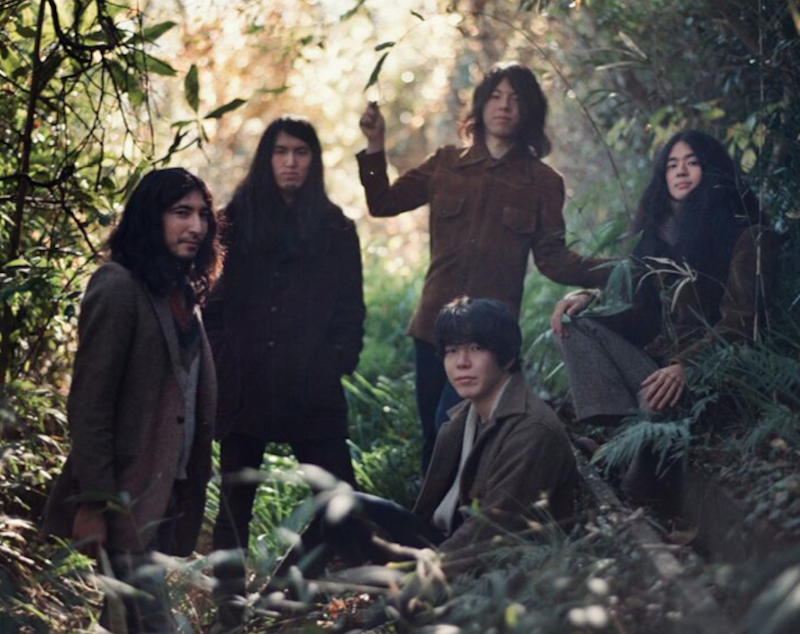 If you were flipping through a random collection of records and decided to spin an album by a band called Geometric Patterns, you likely wouldn’t be surprised to hear swirling psychedelic music coming from your speakers. If you saw the band name Kikagaku Moyo, however, psych rock might not be the first thing to come to mind. But you would, because the former’s just the English translation for the latter, a Tokyo five-piece that’s been making waves in the international psych scene.

Over the last few years, the band has released two LPs and handful of cassettes and singles, leading to spots at Austin Psych Fest, LA Psych Fest, and tours with bands like Moon Duo and White Manna. Due out May 13th via Guruguru Brain, their latest full-length, House in the Tall Grass, shows how deftly the Japan natives have absorbed the sounds of ’70s psych, Indian folk music, and Krautrock and blended it into a wholly unique sound.

The record’s latest single, “Green Sugar”, is a delicate example of this. Soft bells and sitar notes lead the listener through a calming field of echoing guitars and billowing bass. While the nearly eight-minute voyage is a peaceful, refreshing one, it’s all a lead-up to the surprisingly spry final moments, where Pink Floyd-ian drama breaks into an electrifying, squiggling guitar solo.

“This song was inspired by a morning walk,” drummer Go explains to Consequence of Sound. “Its three parts express first a blizzard, then a gentle stroll in the woods finding birds, foxes and squirrels, and finally a descent into a bottomless cave where you fall into a black river and you are washed away. The writing process was collaborative. Together we wrote the various parts, then during recording we added percussion and keyboard.”

Get swept up in the journey of a “Green Sugar” below.