It's about time we start keeping tabs on these things... 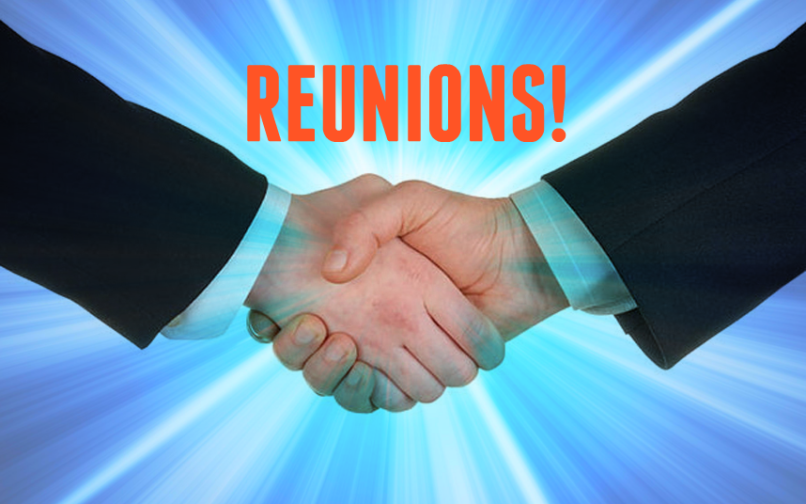 In 2016, the question about defunct bands reuniting for a show, tour, or new music is less a matter of “if” than “when.” Sure, high profile reunions have been going on for decades, but apart from a few notable holdouts like The Smiths or Hüsker Dü, nearly every finished band with a potential audience finds a way to put aside their differences for another paycheck. Hatchets get buried, coffee shops go under, or restlessness sets in, and bands decide to give it another go.

Given that the paradigm shift over the past decade has all but eliminated record sales as a source of income for recording artists, it’s hard to disparage bands for reuniting and touring to help their livelihood. As streaming makes it easier than ever for fans to discover artists from any era, why shouldn’t those bands be able to capitalize on having an increased audience and earning some profits, however meager they may be, for a renewed interest in their work?

Then again, the frequency of the reunions have been a little ridiculous. It’s easy to get swept up in the nostalgia about seeing great bands from the past, but sometimes that takes away from making new memories with talented young acts of today. Regardless, the fact remains that reunions are everywhere, and if you’re going to a festival or attending a major tour this summer, odds are you’re going to catch at lease one of them. They’re unavoidable.

Because of this, we decided to start keeping tabs on all the reunions taking place this year, measuring how they stack up to one another, from the potentially legendary to the definitively embarrassing. Similar to our festival power rankings, though, there’s plenty of criteria to consider:

01. There’s the amount of time that the band has been broken up, as a band playing their first show in 20 years is clearly more intriguing than one whose last show was in 2011.

02. There’s the length of the reunion, with some bands getting together for just a pair of shows opposed to bands that go on extensive world tours.

03. There’s the prospect of new music. (Although, to be fair, not every reunion should lead to new music.)

04. There’s the type of venue the bands are playing; in other words, do you have to shell out a few hundred bucks for a festival ticket or can you catch the band at a club or theater.

05. There’s the drama surrounding the initial break up. For example, bands who made a big stink about breaking up may get dinged compared to those who simply acknowledged they needed a break.

06. And finally, there’s an excitement factor, as depending on the people or music involved, some reunions are simply more compelling than others.

Based on these factors, we looked al all the major reunions you can catch this summer (some of which have already begun) and ranked them to determine which presents the most grabbing opportunity.

Editor’s Note: The original list actually forgot Ween. We’ve since locked David up for a week.