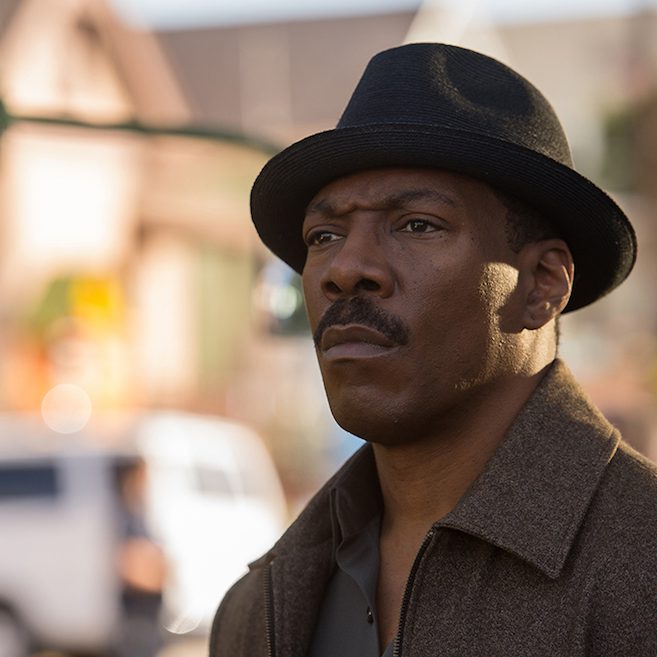 There can be great value in watching bad movies. For the right kind of viewer, they can teach important lessons about what film can do and what the medium’s limits are. They also remind us why the movies we love mean so much to us. A masterpiece can make the filmmaking process look transcendently easy, but Mr. Church reminds us that making a successful movie is a difficult task to pull off. As a piece of storytelling, Mr. Church is about as enjoyable as a plague of locusts. But as an instruction manual, this movie is manna from heaven. Its badness is not just a gift, but should be taught at every film program in the country.

Mr. Church was directed by Bruce Beresford, who brought Driving Miss Daisy to the screen back in 1989, a film often criticized for presenting black characters as noble servants who exist to benefit white people. In Daisy, Morgan Freeman plays Hoke Colburn, the kindly chauffeur to Jessica Tandy. He doesn’t have friends or much of a life outside of his relationship with the characters on screen. 27 years later, Mr. Church will do little to win Beresford’s critics over: Eddie Murphy plays the title character, a cartoonishly perfect man who redeems a white family grappling with tragedy. But if it’s any consolation, Beresford hasn’t made a convincing movie about people of any race.

Who is Mr. Church? He’s not only a self-taught scholar, an accomplished pianist, and a gifted dressmaker, but his cooking skills rival the Cordon Bleu. In a bizarre turn of events, he’s hired by the married ex-lover of a dying woman to care for her family in her remaining months. The unseen benefactor is so wealthy that he even promises Mr. Church a lifetime salary for the deed. The woman is Marie (Natasha McElhone), a single mother who makes the decision to hide her cancer diagnosis from her daughter, Charlie (Natalie Coughlin). Charlie is a ten-year-old who mysteriously speaks with a Southern accent, even though the film allegedly takes place in Los Angeles. Charlie repeatedly calls Marie “mama” in an emphatic drawl practically dipped in molasses.

In the underrated The Opposite of Sex, Christina Ricci lampoons the conventions of coming-of-age movies, “where some person you can’t see talks the whole time and covers up all the holes in the plot and at the end says, ‘I was never the same after that summer.’” Mr. Church epitomizes that description with dialogue so hamfisted that it was likely written in bacon. The characters speak as if they were pitching quotes for pillow embroidery. “Mama was the sun to me, and I wanted to bask in her warmth,” Charlie explains in the film’s narration, a device used so constantly it becomes oppressive. In another scene, she reflects on her mother’s resilience: “She boxed that mean old cancer every day … and all the while, I never even knew she was in the ring.

Marie, the most beautiful cancer patient this side of Ali MacGraw, is also fluent in pork. In one scene, her daughter comes to the conclusion that she was an “accident,” based on the fact that Charlie was born out of wedlock. (This is the ‘70s, after all, back when people still said the word “wedlock.”) Her mother protests that classification: “Your daddy was the accident, you were my miracle.” Facing her final days on earth, the schmaltz turns to outright melodrama. Marie wonders how her daughter will remember her. “She’ll remember the love — won’t she, Mr. Church?” she cries. “Not the pain?” The fact that no one screams “Give my daughter the shot!” shows extraordinary restraint on the part of the filmmakers.

There’s nothing wrong with melodrama. But in order to break the dishes, movies have to be willing to build tension by holding something back. Mr. Church, however, is all reveal, constantly giving everything away in the most obvious fashion. This is a movie in which everyone says exactly what’s on their mind at every possible moment. Charlie’s best friend at school, Poppy (Madison Wolfe), is the daughter of two convicts, currently in prison for robbery. After Poppy develops a taste for kleptomania, she tells Charlie, “Stealing is the one thing us Samuels are good at.” The only respite from all the oversharing is Mr. Church. He says almost nothing, aside from giving advice so plain that it sounds profound; simplicity is often mistaken by the film for wisdom. Mr. Church refuses to tell his employers about his life, including where he lives or who his friends are. Charlie once remarks that even his grits are filled with secrets.

Eddie Murphy hasn’t appeared in a film since the 2012 bomb A Thousand Words, and Mr. Church is far from the comeback vehicle he deserves. In Dreamgirls, Murphy proved himself a gifted dramatic actor in the right role, but bringing the stoic Mr. Church to life is a thankless task. After her mother’s passing, Charlie, now an adult and played by Britt Robertson, moves in with Mr. Church and discovers he has a dark side. Two nights a week he goes to a jazz bar, called Kelly’s Place, after which Mr. Church comes home drunk and belligerent, cursing loudly. Murphy brings the same raw energy to these scenes that he did in Bill Condon’s film, but the movie never properly utilizes it.

That’s because, at the end of the day, Mr. Church isn’t about its title character. The film is Charlie’s story: We watch her grow up, get asked to the prom, and go off to college. If Mr. Church struggles at establishing a sense of place and time, just a bit too contemporary to convincingly pass for the Me Decade, its depiction of college life must be seen to be believed. Mr. Church magically raises the funds to send Charlie to school by putting away the money he saved from the coupons her mother forced on him. What does all his sacrifice buy her? A two-minute montage in which Charlie changes outfits a lot. She’s wearing a poncho and then she’s going for a jog in a windbreaker, like a Co-Ed Barbie.

Although most of Mr. Church is lazy and banal, the film intermittently invents novel ways to fail. There’s a jaw-droppingly misjudged scene in which a character needs a ride to the hospital after a life-threatening accident, and the only person around is an alcoholic who lost his license after being convicted on a drunk driving charge. Can he muster the sobriety to come to the rescue? If you get this question as part of a film school assignment years from now — when Mr. Church becomes a lecturer’s cautionary tale — this critic suggests you answer it in Wingdings. Your reply will make about as much sense as this film.