From the Los Angeles trio's forthcoming record, Running Out of Red 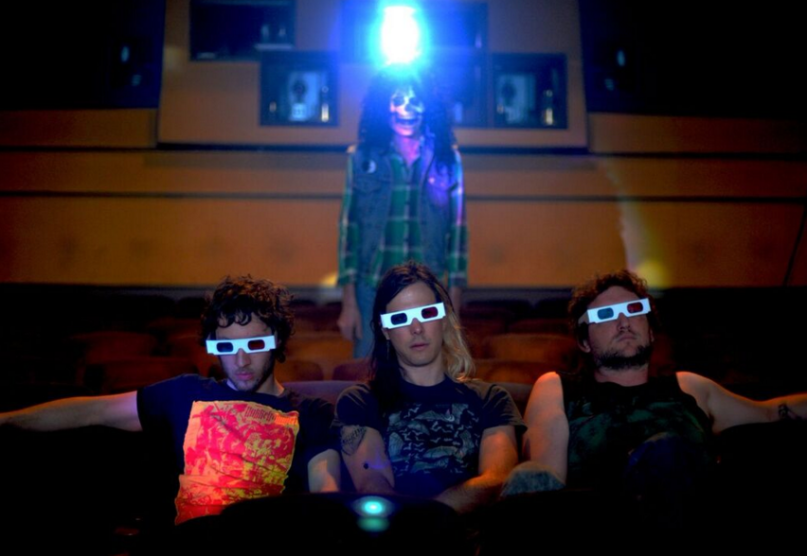 There’s something freeing in the thrashing rock of Los Angeles trio Zig Zags. Sure, their ripping guitars and neck-bending rhythms are dark and grimy, but it’s the kind of leather-clad, smoke-scented, cheap beer-drenched grime that at least means you’re having a damn good time. That’s probably why PR for their forthcoming new record, Running Out of Red, describes it as “a soundtrack to getting high and driving around in your shitty car in your small town, occasionally getting laid … occasionally getting laid out at the local liquor store by an older dude.” Who doesn’t remember those nights well?

Running Out of Red is set for a release on May 20th from Castle Face Records, and today is previewed with new single “The Came for Us”. “You will never take my soul/ we will never be alone” rings out the gang chorus, a defiant cry delivered over triumphant riffs. Clocking in at over six minutes, the track is a red-hot boiling pot of unabashedly ’80s thrash set on a burner in the back of a darkly lit, sticky floored hole-in-the-wall bar where camaraderie is made over crushed cans and post-fight handshakes.

Running Out of Red Artwork: