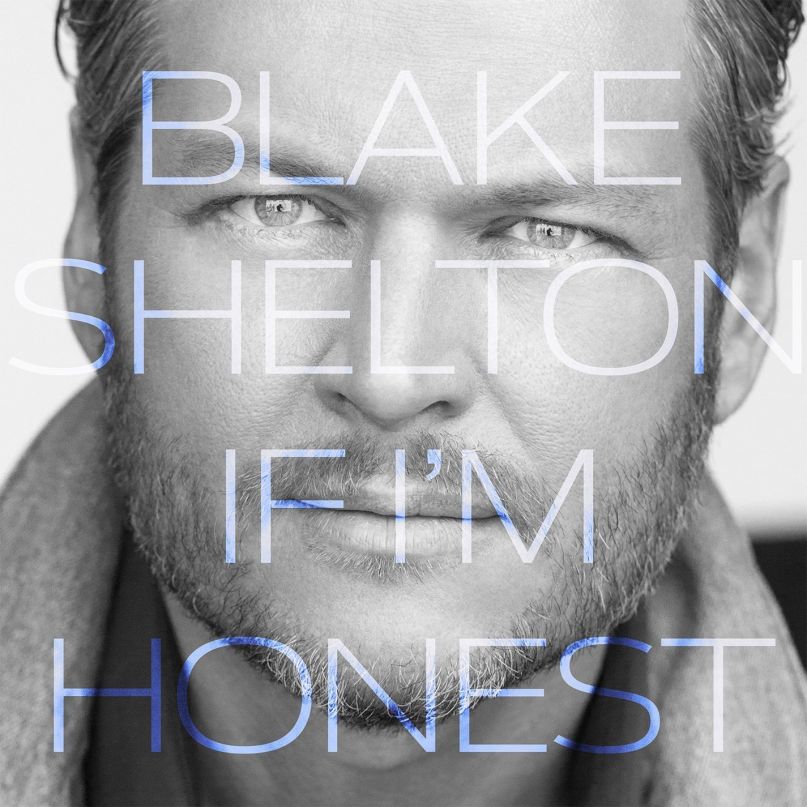 If we’re being honest — as Blake Shelton asserts he’s doing on his latest album — the dimpled country star is a little hard to resist. Maybe it’s the twinkle in his eye as he exchanges coy barbs with bromance partner and co-judge Adam Levine on The Voice. Or maybe it’s the bashful sweetness he exudes whenever in the presence of current flame Gwen Stefani. Pinning this ball of charisma down takes less effort than his peers. (Why is Tim McGraw such a man of mystery anyway?) But that’s all part of his charm. Even though Shelton’s a bona fide bi-coastal celebrity, he still feels like a guy you can pick up in a Honda and take home to meet mom.

Yet, that down-to-earth Southern demeanor wrapped up in Hollywood elusiveness makes Shelton’s 10th studio album a mildly frustrating affair. Here, he’s supposed to reveal the nitty-gritty of the dissolution of his four-year marriage to fellow country royalty Miranda Lambert and the “schmoopie” phase of his burgeoning relationship with the newly-divorced Stefani. But slick production and Shelton’s purring vocals keep true fragility, bitterness, and even rejuvenation just out of reach. Not that Shelton needs to slay with a timbre distressed enough to match every wounding line, spitting teary venom after a carton of ice cream — leave that superpower to Adele. But a clever kiss-off like “She’s Got A Way With Words”, with allegations like “She put the ex in sex/ She put the low in blow/ She put a big FU in my future,” needs more stinging punch than the strolling tone its given.

Still, those purging the traces of the breakup story will crumple at the stadium-ready “Bet You Still Think of Me”. The monster ballad has more in common with Bon Jovi than Kenny Chesney, Shelton coming to terms with not being over a certain Pistol Annie and predicting she may feel the same. And by presenting it without malice or “I told you so” posturing, Shelton gets to maintain his good guy image. “Everytime I Hear That Song” follows in the same vein, but oozes with irritating pop flourishes that make it, frankly, cheesy.

Stefani comes in to save the day on the album’s centerpiece, the rousing duet “Go Ahead and Break My Heart”. Surprisingly, the former No Doubt frontwoman’s pouty vocals charmingly blend with Shelton’s as both stilted lovers forge ahead with a mix of trepidation and hope. Destined for hitsville, the song offers relief from the tired clichés oppressing this genre.

If I’m Honest starts with a barnburner about lacking suds (“Straight Outta Cold Beer”) and ends with a call to Jesus (“Savior’s Shadow”). It’s a trajectory seemingly dictated by Country Albums For Dummies. “Green” squanders a beguiling fiddle on a litany of ways Shelton was “green before green was a thing.” He may want to talk to Ed Begley Jr. about that however; the staunch environmentalist/actor may disagree that having a John Deere tractor tucked away in a barn or skinny-dipping in a summertime stream counts as planet-saving measures. “Doing It To Country Songs”, delivered with the help of the Oak Ridge Boys and a delightful melody buoyed by a workhorse guitar, feels dirty — and not in a pleasurable way.

Some of that’s redeemed on Shelton’s “come to Jesus” moment. “Savior’s Shadow” closes the 15-track album with faith-restoring delivery. Shelton says the skeleton of the song came to him in a dream, as many defining compositions do. He finished the gospel-inflected hymn with the help of Nashville pros Jessi Alexander and Jon Randall. It provides a simple answer to how Shelton weathered the last year of profound loss and accepted the seedlings of resurrection. That, more than any of the glitzy stuff, is the truth.

Essential Tracks: “Bet You Still Think Of Me”, “Savior’s Shadow”