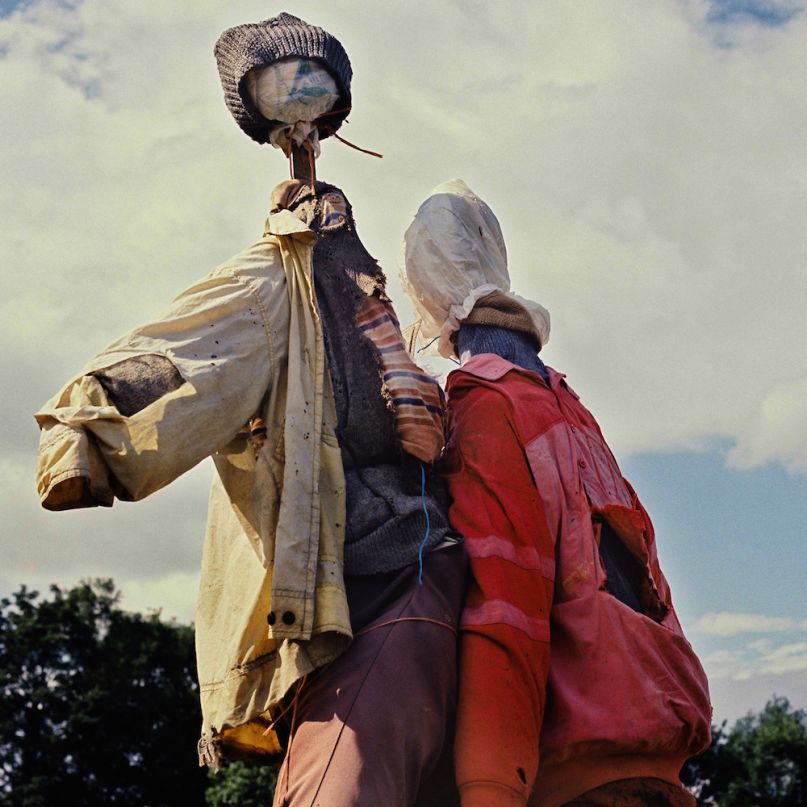 The 2014 self-titled debut from Eagulls was a surprising bit of musical necromancy, so often attempted yet so rarely successful, in which a band attempts to conjure the long­-suffering spirit of Ian Curtis and transplant it into a new, equally attractively melancholic body. What was so surprising about the Leeds natives’ attempt, of course, was that it actually worked.

Eagulls was dark and throbbing, brooding but still catchy, moody and driving. Its post­-punk edge was colored in black and deep purple, with aggressive guitars and howled vocals shuddering with reverb. And, like Joy Division or even The Mighty Lemon Drops before them, the band did it with a pop sensibility hidden deep within those shadowy recesses that made sure melodies would stick in your head for days.

The quintet’s new record, Ullages, is not something entirely different, but different enough to catch you off­-guard. Gone are the driving, danceable bursts of energy that make up the core of their first record. What we find instead are primarily slow­-burning pieces of atmospheric intimacy, at once huge and open while still claustrophobically emotional. The massively empty sound of the instrumentation on songs like “My Life in Rewind” or “Psalms” have such a weight to them, so distant and isolated. It leaves you feeling stranded in vocalist George Mitchell’s words, as if he’s calling over a deep and immeasurable chasm just to reach you and only you. The name of the album, apart from being an anagram of Eagulls, is perfectly suited to the sound. A “ullage” is the amount by which a container falls short of being full, or a loss of liquid due to evaporation or leakage. It’s what has gone missing, what isn’t there.

If the band’s first record was their tribute to Joy Division, this album is all about The Cure and Bauhaus. It is more introspective, more vulnerable, trading out the post­-punk of the late ’70s for a decidedly more ’80s goth vibe, though never faltering into the eyeliner-ed cheesiness that would eventually overtake that sound. Album opener “Heads or Tails” could easily come out of the Disintegration sessions and the twanging guitar and whip-crack drums of “Blume” could easily be mistaken for Echo & the Bunnymen’s “The Killing Moon”. As the album continues, the band even flirts with the noise of early Eno-U2 on songs like album highlight “Skipping” and “Lemontrees”, which swirls with rich effects. The guitars are given lots of room to breathe on Ullages, an approach the band may have picked up, even unconsciously, from tour-mates Cheatahs and their openly dreamy shoegaze.

Without the raw energy of their first record, at first listen, Ullages was certainly a surprise. At first listen, it may sound weak, empty, a little too delicate. But after a couple more spins, the songs had begin to reveal their strengths. Moreover, they show that the still­-new band is willing to try new things. This is only their second record, after all. They could have easily gotten by with releasing another record full of driving post-­punk awash in reverb. But instead Eagulls expanded, unfurled. The songs aren’t empty — ­­they are full of space, vast volumes of it. They’re barren and lonely and affecting, full of smoldering builds, ululating groans of noise, cold guitars, and ghosts.