Eric Clapton – I Still Do

Legendary guitarist releases a low stakes bunch of tunes, including a mysterious guest 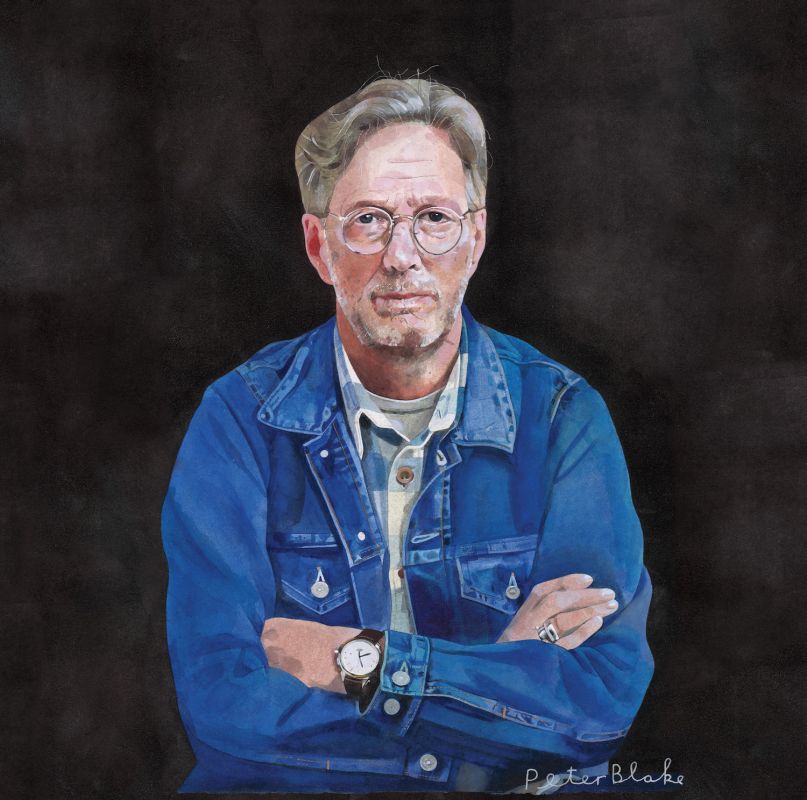 With the passing of Glenn Frey, Prince, and David Bowie, the remaining stars of their level and era of rock music become that much more precious. Each record gains some vital gravitas, a reminder that it could be not only the last album from that particular legend, but of an entire generation of legends. Or, at least some semblance of logic would suggest that, but you wouldn’t know it from listening to the latest from Slowhand himself, Eric Clapton. I Still Do, a sleepy, cover-heavy, forgettable batch of tunes, will fit pleasantly soundtracking Sunday morning coffee with a newspaper — and if you’re not old enough to be up on Sunday morning or reading a newspaper, it’ll likely be a hard pass.

To be fair, Clapton was never known for either mind-blowing songwriting or genre-busting experimentation. The title of his new album, could stand in for a reminder that he still does remember how to play the guitar, in case you’d forgotten — and, really, that’s what you’re listening for. “It goes straight from his heart to his fingers,” producer Glyn Johns explained of Clapton’s playing in a recent interview. “His brain doesn’t get in the way. And he’s playing and singing as well as he ever did.” It’s hard to argue with that. Now 71 years old, he hasn’t lost a step, driven home particularly well on the blues grooves of Leroy Carr’s “Alabama Woman Blues” and Robert Johnston’s “Stones in My Passway”.

It’s telling, though, that the two biggest headline-catchers from I Still Do relate to big names contributing to the record that aren’t Eric Clapton. The first is Johns, the man behind the boards for what is perhaps the guitarist’s most iconic album, Slowhand. Johns’ work here is clean, rich, and sparkly, sanding off any rough edges — not that there were likely many to begin with. The puzzle pieces he assembles were already incredibly clean, all top-tier musicianship and classic structures.

The second big name is, for the lack of a better word, more mysterious. “I Will Be There” features guitar and vocals from “Angelo Mysterioso,” a name similar to that which George Harrison once used to collaborate with other big names without stealing focus (L’Angelo Mysterioso). The rumor mill swirled prior to release, some guessing archival recordings of George would make the cut. Others have suggested that it could instead be another Harrison, George’s son Dhani. Whoever it is, and Clapton’s keeping mum, wraps some sweet vocals and acoustic guitar around Slowhand’s on “I Will Be There”. Clapton and co. could’ve picked any pseudonym for a guest, though, and picking one so close to the former Beatle’s implies a tie at the very least. “When times are hard and friends are few/ You need someone to help you through,” Clapton sings, either a fitting and sweet tribute to his long friendship with Harrison or a tune that just as well could be.

While there isn’t a ton of grit to Clapton’s blues these days, the songs that ditch what little that remains in favor of sweeter, more pop-friendly tunes suffer. Though it was never a ripper in the hands of Sarah Vaughan, Bing Crosby, or its countless other singers, the bouncy acoustic “Little Man, You’ve Had a Busy Day” sounds cut from the same cloth as Randy Newman’s Toy Story tunes, not a comparison point one might expect from a musician Rolling Stone called the second best guitarist of all time. Bob Dylan’s “I Dreamed I Saw St. Augustine” similarly gets a Disney treatment, near-zydeco tones, smooth guitar filigree, and warm breeze taking the teeth out of the ballad.

Though his take on the standard “I’ll Be Seeing You” (popularized by Billie Holiday) won’t make any list of Clapton’s best performances, it carries some charm due to context. The septuagenarian could keep going forever, or this could be the end. “Just in case I don’t cut another record, this is how I feel,” Clapton has noted of this record. “I kind of might be saying goodbye.” It’s hard to fault anyone this late into a legendary career for wanting to say goodbye this easily, this softly, this sweetly. Much like the entirety of the last chunk of Clapton’s career, I Still Do acts as a pleasant reminder that he’s still around and to check out where he came from, both within his own guitar and those of the blues musicians that inspired him.

Essential Tracks: “Alabama Woman Blues”, “I Will Be There”