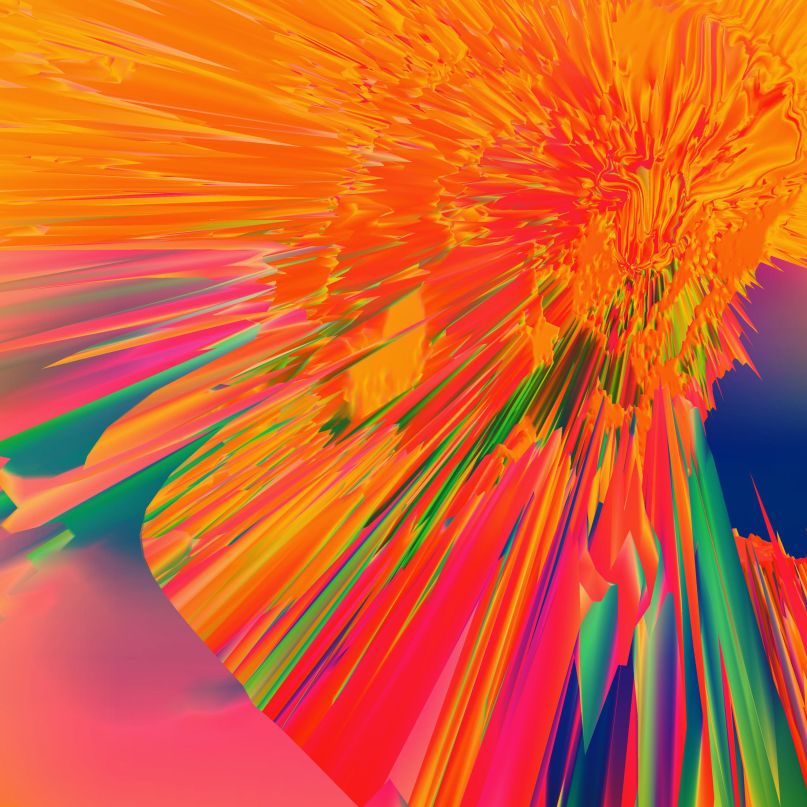 “Goes to show we all need to find something to believe,” Christian Berishaj croons on “Be a Man Pt. II”, the crux of his new album as JMSN (pronounced Jameson), It Is. The song reaches a mesmeric peak of his instrumental melange, a sonic experience that overshadows the lyricism. JMSN’s personal life has been wrought with struggle: from a tumultuous family life during his adolescence to making his music his own way after his former record label shut down, leading him to start anew. The album is raw and visceral, hitting every chord because it’s coming from a place of authenticity. Berishaj has seen and felt so much through his days, and It Is emerges steeped in his truth. It’s clear that JMSN has staying power as he continues to reinvent himself with music that evokes both sensibilities of the past as well as revelations for the future.

It Is runs on a core of ‘90s R&B influences like D’Angelo, as well as soul legends such as Donny Hathaway. JMSN balances those influences, though, with deliberate orchestral infusions to pair that nostalgia with some fresh life — it’s vintage yet contemporary, never losing the innovative edge. The opening title track gently introduces that lush layout, while “Power” doubles down, using rolling harmonies as a verdant gospel backdrop.

Elsewhere, the album diversifies, in approach and structure. “Cruel Intentions” careens off with a sultry groove that carries along for nearly six minutes, brass punctuating at just the right moments, along with bluesy electric guitar riffs. Berishaj discusses relationships: “At the end of the day, I just want some attention,” he laments, discussing his mistakes in past relationships. It’s here that the album begins to take shape: Quixotic backdrops seamlessly blend with his words, showcasing JMSN’s production and engineering talents, if not nuanced lyricism. Instrumentation, gospel harmonies, and Berishaj’s voice arc in a perfect falsetto. “What is life without a good ol’ case of the blues?” Berishaj ponders as “Good Ol. Case of the Blues” winds out. His scars are ever-present, but they tell a story that resonates. Though his lyrics cohere around a consistent narrative thread, these pivotal points leave without any revelations. That said, there’s no reason to complain about this powerful instrumentation taking center stage.

Minute-long interlude“Juice” breaks up the flow, voices chanting “JMSN” as if after a set. Backstage, a voice chimes in and just won’t quit. JMSN, though, is silent, muted. The voice babbles on throughout, urging him to make hits. He’s going to find JMSN a producer, he’s going to find him a sound engineer: all things that Berishaj already does all on his own. JMSN escapes the conversation to step back onstage, reiterating what we already knew. He’s not a sellout. He feeds off his own talent and ambition, untethered from the cycle of making music just for the payout. It’s a cheesy move, but fits his aesthetic.

The second half of the album has a personality that’s all its own. Dreamy, whimsical, and most importantly, passionate, Berishaj crafts layered melodies, stunning instrumental backdrops. Female vocalists shed some fresh light on “Hypnotized” and “Fantasize”. Denai Moore opens up the latter with a haunting solo, and the song fades out in the same fashion, slowing things down before the lush and layered final ballads. “Most of All” emerges as full-on vulnerability: “I miss the pleasure, I miss the pain.” With a total R&B confessional feel, the glittering ballad becomes his manifesto as strings fade in and out.

It Is bolts around stylistically, a collection of musical flavors that burst and fade, ebb and flow, yet somehow maintain continuity. Something new bubbles up with each listen — the momentary appearance of a horn, a lilting piano solo, a mash-up of genres. JMSN’s first album in two years is a treasure trove of sonic surprises.