Montreal-based beatsmith succeeds in a dozen different sounds, but leaves room to grow 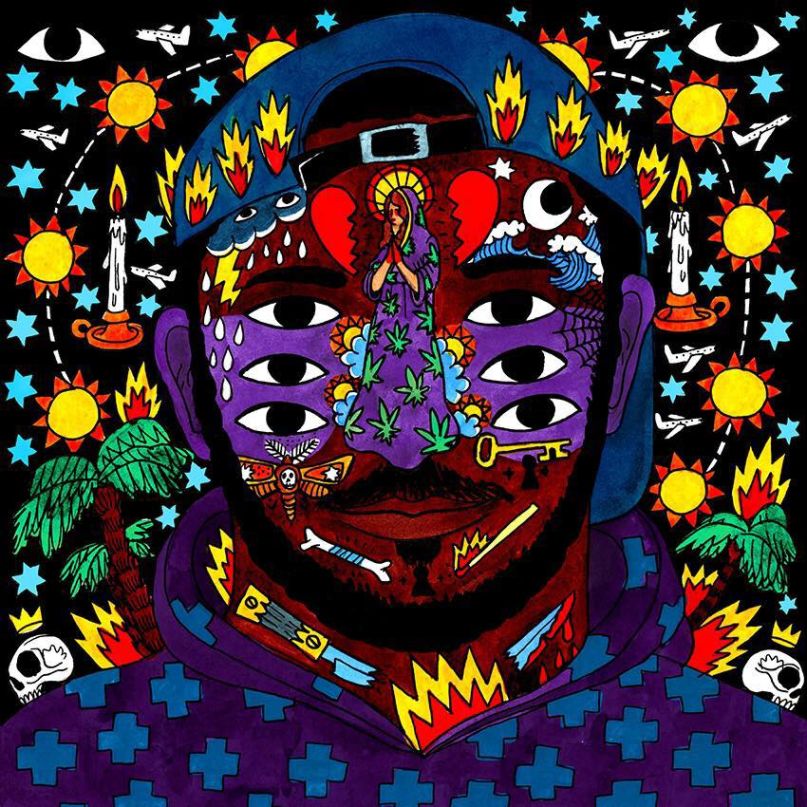 Over the past couple of years, KAYTRANADA has been one of the go-to producers and collaborators for the adventurous artist. Vic Mensa, Mick Jenkins, Wiki, Rome Fortune, Kali Uchis, even Talib Kweli — they’ve all found their voices fit within the stunning tracks from the Montreal-based producer. He showed a unique flexibility and verve, a glowing life that drips, melts, and molds around the original voices, providing the precise support and frame that they need. He never competed with his collaborators for attention, but it was always clear that he absolutely could, no matter their standing or legacy. And yet, it seemed, he had popped up out of nowhere.

Before that, though, he was a Soundcloud wiz, a kid pouring exciting new remixes and originals onto the internet with a fury. The underground scooped him quickly, championing him especially after a Janet Jackson remix went viral. A recent Fader profile detailed the circumstances of his ascent — an interesting word choice, considering the fact that the 23-year-old still lives at home with his Haitian family, sharing a bedroom with his little brother. But an ascent it is, as Louis Kevin Celestin’s music cracks into the stratosphere with regularity. Like Flying Lotus, there’s a spirituality to KAYTRANADA, though a decidedly more dance-friendly and less navel-gazing. He’s the spinning Sufi to FlyLo’s meditative monk.

It’s particularly difficult to imagine KAYTRANADA sitting in his shared basement bedroom when listening to his official debut, 99.9%. Whether working in strands of hip-hop, house, funk, or whatever next might come to mind, there’s something inherently glowing about his beats. All those genres are jammed together into a single album, just like they are within Celestin; he finds joy and fun in them all, so why bother trying to deny any of it? That same approach comes to bear on his collaborators, equal space given to young stars and legends. Mensa and the up-and-coming Anderson .Paak get a track each, but so do Craig David and Little Brother rapper Phonte.

Throughout these different styles, KAYTRANADA’s beaming smile acts as a unified presence. At one moment he’ll work out some jazz fusion with the trio BADBADNOTGOOD and he’ll produce a 4/4 dance groove for “Track Uno”, and neither suffers in comparison. Listening to 99.9%, there’s no one genre in which you’ll come away feeling that it’s the one he should be working in, forsaking all others. It helps that he makes all of his collaborators look good: The Internet’s Syd has never sounded so powerful as on “You’re the One”, Vic’s “Drive Me Crazy” hits one of his better flows in recent memory, and Craig David sounds like he barely left on “Got It Good”. He works just as well in potential pop crossover potential, teaming with AlunaGeorge and GoldLink for the fluttering “Together” and Little Dragon on “Bullets”.

That said, one can only wonder what KAYTRANADA’s next album might bring if he asserted himself more formally, if rather than show off everything he could do with everybody he knew, he focused everything he could do into one direction. That could mean a vocal-less album, perhaps, though it doesn’t have to. It could also mean teaming up with a single voice, a muse who matches his same tendencies. If he were to go that route, he’d have a hard time finding a better match than Anderson .Paak. The stunning track finds Andy matching KAY step-for-step, boucning hazily through his booming bass for a jittery club jam. KAYTRANADA swipes into a jazz-infused bounce without a moment’s notice, and .Paak follows suit without missing a step, airily harmonizing with KAY’s synths over a riveting rhythm section. It’s a masterpiece, a track equally ready for club workouts and walks on a sunny morning.

But there’s no reason to be projecting a career path for KAYTRANADA. As evidenced by his epic Soundcloud profile and this album’s title, the guy’s a workaholic — it’s 99.9% because he wants to leave himself room to improve, constantly. And even though this album is a massive achievement, it’s hard not to feel like he might just top himself.