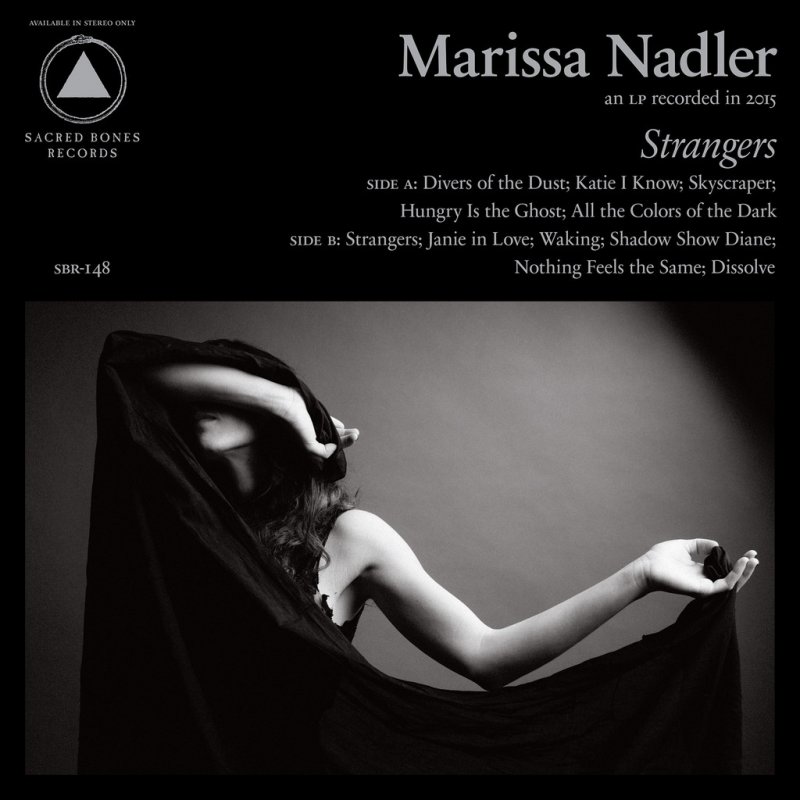 For more than 10 years, there’s been an emphasis on the darkness of Marissa Nadler’s music. Hearing her described as gothy or seeing her billed next to metal and rock acts (even this year she toured with Black Mountain) didn’t really turn heads, as if she were a kindred spirit to Chelsea Wolfe. But musically, this didn’t really pass the ear test, at least not since she moved away from the solo, finger-picked songs of mourning that characterized her first three albums and 2012 EP The Sister. Nadler’s influences, collaborators, interests, and style were lumped together with her sound, and this has placed her career in a precarious position where expectations didn’t necessarily match her output.

As discussed in our interview with Nadler, there is some awareness of this on her part, with the Boston-based songwriter un-flattered by any pigeonholing that would limit her potential. Ethereal, ghostly vocals and lyrics that can often dwell in sorrow are a part of her music, but they are not the whole.

On Strangers, her first album since 2014’s excellent July, Nadler might be putting these comparisons to rest. The album features few solo lamentations akin to her 2011 self-titled affair, opting instead for larger production and three-dimensional emotions. The strongest material from her previous works become less like outliers and more of a road map. Strangers is a culmination of years of work, moving past heartbreak and embracing maturity as growth rather than deterioration.

As the record title hints at, Strangers finds Nadler turning her lyrical focus away from the deeply personal and onto characters. On “Shadow Show Diane”, looking through windows from the outside in poetic voyeurism, Nadler sings, “I want to be someone sane, sometime, somebody else.” Diane isn’t the only one given a name on the record. Earlier we meet “Janie in Love”, a “natural disaster that blows up everything” in romance and “Katie I Know” sees a separation between “fair-weather friends.” But the moving of Nadler to a supporting role in her own words doesn’t make the tracks any less affecting. In fact, that’s what is remarkable about Strangers, that Nadler could make these songs sound just as a personal as her more confessional early work.

Sonically, Strangers spans styles. “Skyscraper” is an otherworldly minor key throwback to her early work, and it sits comfortably with the Beach House-esque, shoegaze-tinted “Hungry Is the Ghost”. “Dissolve” is a beautiful closer, Nadler’s woeful voice flapping in the air like Angel Olsen’s, while “All the Colors of the Dark” is a dreamy throwback to Skeeter Davis-era country pop. In fact, the apocalyptic aura of Strangers has much in common with Davis’ “The End of the World”. These analogs don’t paint Nadler as unoriginal, but rather they fill her music with possibility.

And that might be the best thing about Strangers and about Nadler’s career to this point. With Little Hells, with her self-titled record, with July, and now with Strangers, she’s managed to reach new heights, while never giving off the impression that she’s peaked. Each achievement in her career has the caveat that there is better music yet to come. Nadler has described herself as a late-bloomer with regards to how she developed socially, but this could easily apply to her music, too. Strangers‘ ambition is its greatest asset, and because of Nadler’s own ambition, there is reason to believe she could get better still.

Essential Tracks: “Hungry Is the Ghost”, “Dissolve”, and “All the Colors of the Dark”