Nothing – Tired of Tomorrow 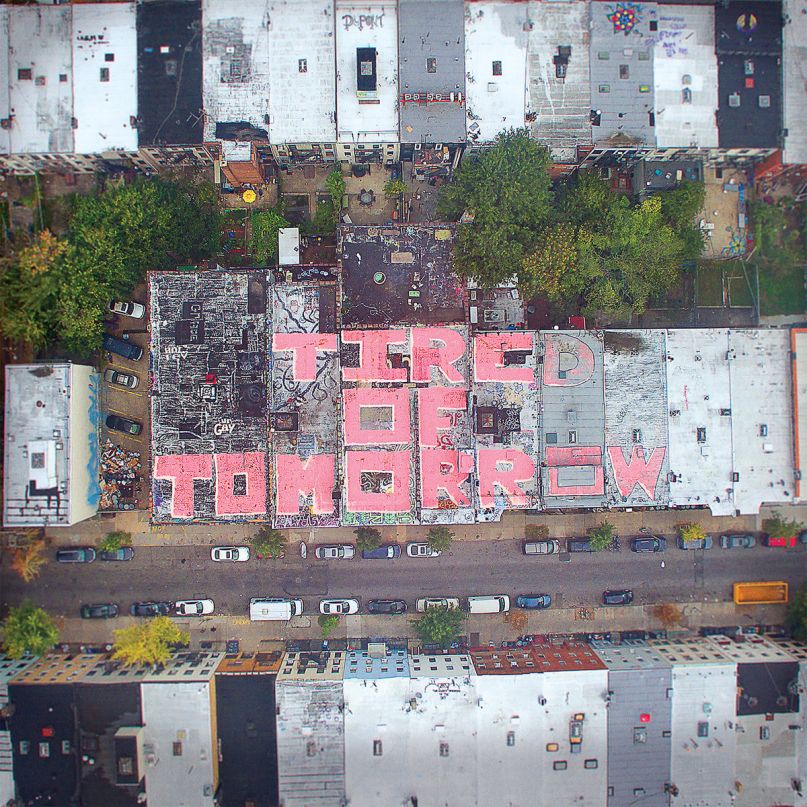 There’s a “meme contest” on Relapse Records’ website for the release of the second record from Nothing, Tired of Tomorrow, in which participants are encouraged to submit photos with captions noting what they’re tired of. At some deeply philosophical and metaphysical level, I feel like that works as an encapsulation of their new album. It could be tongue­-in-­cheek, the kind of thing you’d expect from Sub Pop. Maybe it was intended to be­­ a “haha wouldn’t that be funny” concept that got lost in translation­­. Regardless, much like the band itself, it’s a bit hard to pin down.

Nothing broke onto the scene as one of a new crop of shoegaze bands (alongside the likes of Cheatahs and Whirr), largely through their 2014 debut Guilty of Everything, a well-liked foray into whispered vocals and punishing guitars. But signed to a metal label like Relapse Records, the Philly band never quite fit into the mold of the Scene That Celebrates Itself. Their approach to shoegaze had a distinctly harder edge than most of their forebears, their guitars searing rather than soaring, hammering drums not buried but ushered up toward the front. While they weren’t Deafheaven, Nothing was notable for that darker, heavier sound that cribbed production value not just from Kevin Shields but from Kurt Ballou.

Now, their second time around, those influences show through even more. While the band is still lead-­footed on their delay and chorus pedals, Tired of Tomorrow is a lot less My Bloody Valentine and a lot more Deftones. And it makes sense if you do the math: Who else has been fiddling around with the sounds of shoegaze through the filter of metal for as long as the Deftones? With the breakdown two­ minutes into “Vertigo Flowers”, complete with choreographed metalcore ­bends, or start­-stopper “ACD (Abcessive Compulsive Disorder)”, it’s clear that the band is inspired by not just the gods of dreamy noise but by bands like northeastern neighbors Every Time I Die.

But therein lies the problem with the record. As a shoegaze record, Tired of Tomorrow‘s production is too metallic, its chord progressions sometimes bordering on pop ­punk. But as a post-­hardcore record, its guitar parts are overly­ simplistic and its vocals are sleep-inducing. It’s got one foot in each camp, but doesn’t benefit from either as much as it should. A few songs, like “The Dead Are Dumb” and “Everyone Is Happy”, set themselves apart with beautifully chiming guitars and endearing melodies, but on the whole, the album just doesn’t grab the imagination the way it could if it leaned more to one side or the other and offered a little more complexity. Whether that would be the adrenaline and musicality of post-­hardcore or the swirling textures of shoegaze, it wouldn’t matter. Either would be an improvement and really set the record apart.

But that’s a crossroads, perhaps, that the band will come to as they continue to create music. Their next release may just move towards one camp or the other, potentially affected by what their relationship with Relapse will look like. (They did leave the record for Collect, after all, only to return to Relapse when Collect’s relationship with Martin Shkreli made news.) Maybe they’ll figure out a lot by then — like how best to market the band, because this branded meme contest thing is seriously weird.

Essential Tracks: “The Dead Are Dumb”, “Everyone Is Happy”