Michigan quartet lets their contradictions shine, leaving behind any pretense that they were ever simply an emo or pop-punk group 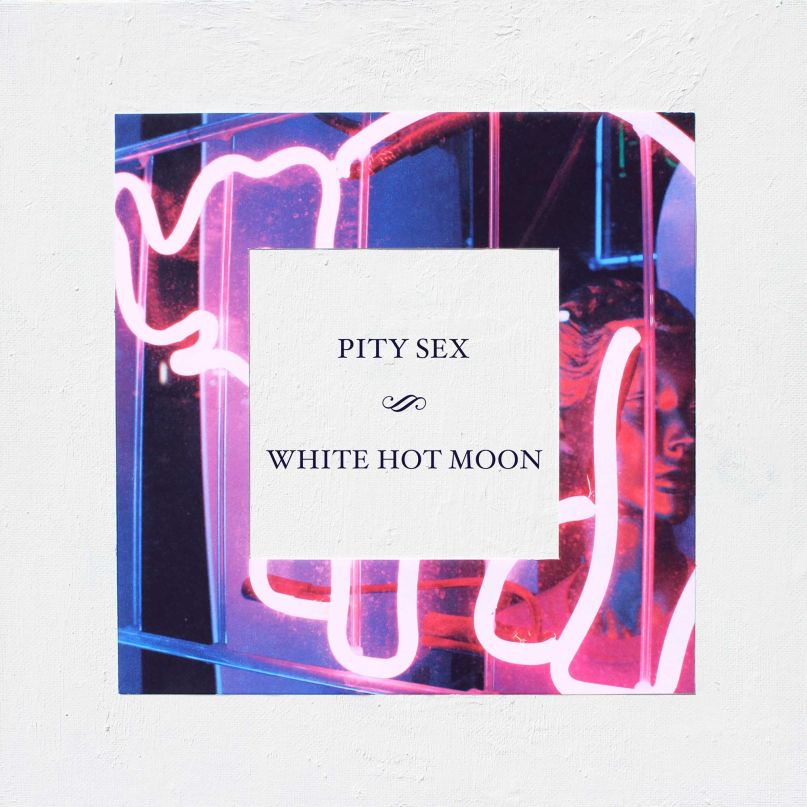 Like the act from which they derive their name, Pity Sex are both thrilling and crushingly sad. On one hand, the Michigan quartet delights in grinding out some of the heaviest riffs this side of Dinosaur, Jr. On the other, it’s difficult to imagine them taking delight in anything, so complete is the sense of melancholia they’ve inherited from The Smiths and the Sarah Records-style despair pop that sprang up in their wake.

The frequent interplay between co-vocalists Britty Drake and Brennan Greaves exemplifies the group’s dynamic: loud and soft, gruff and airy, oscillating wildly on the scale between shoegazing and headbanging. Could there be a better name than Pity Sex for a band that so often tries to have it both ways? Probably not, especially when the one quality they’ve consistently embraced is emotional desolation.

This has been the case since the group debuted with 2012’s excellent Dark World EP, which opens with a couplet that neatly explains their worldview: “How did I get so depressed?/ I wasn’t born like this.” With lyrics like that and songs like “Coca Cola”, an unlikely emo anthem that turns Coke’s “Open Happiness” slogan on its head, Pity Sex seemed destined to be lumped in with the third wave of emo that swept across the Midwest in the early 2010s. They pushed back against this narrative on their 2013 debut full-length Feast of Love, which veered closer to shoegaze and slacker rock than straight-up emo, splitting the difference between Pavement and The Promise Ring and topping it off with a dollop of post-coital blues.

The band’s sophomore album, White Hot Moon, proves they’re still making some of the best tunes to fall asleep to after a depressing one-night stand. But it also shows how far their sound and sensibilities have shifted without ever going through a dramatic change in members or philosophy. Pity Sex seem to have taken a mental hop across the pond on their latest effort, fully embracing British shoegaze and leaving behind any pretense that they were ever simply an emo or pop punk group.

This development coincides with a sharper focus in terms of lyrics, which might suddenly be one of the group’s strongest assets. On opener “A Satisfactory World for Reasonable People”, they explore the ways in which technology makes us more intimate and more remote. Pity Sex have sensualized consumer products in the past (see: “Coca Cola”), but the lines in which Greaves licks his television and describes his touchscreen’s “aluminum smell of skin” rank among the year’s creepiest and most delightful.

Drake has also taken her lyricism to the next level. On album highlight “Plum” she puts on the hat of a confessional poet, remembering the “midseason plums” that used to stock her childhood pantry and stayed there, overripe and uneaten, while her mother became sick. The song feels like the emotional core of White Hot Moon, and it’s indicative of the organic imagery that often pops up as a counterpoint to tracks like “A Satisfactory World” and “Bonhomie”, the latter of which views nature as disgusting, alien, and hostile to human life.

This push and pull — between the sensual and the disgusting, between the natural and the alien — is an essential facet of White Hot Moon (the tension between opposites is even present in the name). Just as Drake’s voice floats somewhere on the ethereal plane above Greaves’ droning wails, the album often finds itself in two places at once. Despite the neon elephant on its cover and the tech-fueled sex dream of its opener, it finds its most compelling inspiration in the natural world. On “Burden You”, Drake describes “salty skin” and days “more fleeting than spring”; likewise, she fills the slow, swaying “September” with imagery of “blue-green eyes” and “red-stained teeth looking for mulberries.”

All of this tension is bound to create a sense of unease, and the band’s rhythm section — bassist Brandan Pierce and drummer Sean St. Charles — throw all of their weight behind songs like “Nothing Rips Through Me” and chainsaw-heavy closer “Wappen Beggars”, both of which lend darkness to a world otherwise lit by a white, hot moon. Even as their influences have drifted closer to Scottish indie pop, the band has maintained a roughly equal ratio of twinkle and fuzz. Rather than lean too far in one direction, they’ve decided to maintain their status quo of swaying back and forth between sparkle and smackdown.

It’s good to see this hasn’t changed, even as other qualities about the group have. There isn’t a whole lot about Pity Sex that instantly scans as punk anymore, but the rattling bass lines and heavy cymbal hits go a long way in helping them stand out as something more than derivative. White Hot Moon may occasionally sound like a band still figuring themselves out, but at least they’re letting their contradictions shine instead of hiding them under the lampshade.