Emo heroes' latest makes the promise of a new day, and even the everyday, more alluring 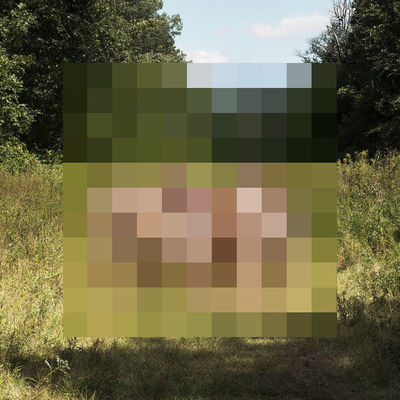 In the lead-up to Goodness, the third album from Massachusetts emo band The Hotelier, bassist-vocalist Christian Holden wrote a reflective essay on the relationships that connect perceived realness, performance, public figuredom, and music in a precipitous balance akin to a hanging Calder mobile. Holden has reason to confront and question those weighty themes. He’s one of a mass of young musicians producing vital, exhilarating music that’s shifting the idea of what emo is — and what it can be — after the genre’s mainstream peak in the 2000s. And The Hotelier are poised at the top of an exceptionally talented heap thanks to their anthemic, engrossing breakthrough 2014 album, Home, Like Noplace is There. It thrust the underground group into the critical spotlight, attracting fans who’ve been so hell-bent on hearing the band’s new music that some set up fake email accounts to try and cop press-only downloads of Goodness.

All of this is to say that The Hotelier occupy a strange position, and they fully consider the meaning of every move that they make — it’s right there in Holden’s incisive essay. “Through this all I am experimenting with public figuredom as an intentional piece of being an artist,” Holden wrote. Considering it’s 2016 and anyone, public figure or not, uses the web as a tool to reflect their identity, Holden published the essay as an introduction to the new album on Tumblr. (The post has attracted more than 200 notes since February.) Towards the end of the 14-paragraph piece, he gets down to brass tacks and confronts what he wants out of rock music: “I don’t want to see uncritical postured realness. I want transparency.”

This openness is progressive — radical, even — on The Hotelier’s Goodness. In March, Holden told Spin his group’s singular focus on exploring youth in their past albums led him to develop “a glorification [of youth] or a Peter Pan complex which felt unproductive.” With Goodness, the group thrust themselves forward, finding the same inner-change they sought from youth by turning their attention to the world around them and the future unknown. The Hotelier have redirected their anthemic vigor, broadening their palette and slowing their pace for songs that feel as big as the world around us — a place that’s larger than what we as individuals are capable of noticing on our own.

Early single “Piano Player” opens with adrenalized drums that pop and crackle atop a rush of melodic guitar, which quiets to a rustle when Holden’s voice first appears. The whole band sounds like they’re playing off in the distance while Holden’s intonations resemble a mantra recited in private. He sings about an elderly woman fondly remembering a lifetime of loves, and as the volume increases, the song’s blossoming melody lends Holden’s narrative more weight while also making the story of one person’s life feel like a small part of the rest of the universe. “Piano Player” doesn’t minimize the importance of an individual’s life, it connects it with the rest of the world.

Love, as Spin pointed out, anchors much of Goodness, and it’s not restricted to romantic love. “Opening Mail For My Grandmother” reflects on the days of a grandmother preparing for death. It’s reminiscent of Sufjan Stevens’ recent “Fourth of July”, a relatively bare song about experiencing the final moments of a matriarchal figure’s life. The somberness of “Opening Mail For My Grandmother” is present though not entirely overwhelming: The melodic uplift that helped make the most burdensome lyrics on Home palatable enlivens the song, and Holden’s vocals exude a subtle brightness. He told Stereogum that Goodness is a “Taoist love record,” and his understanding that death and loss are crucial to life allows the band’s love songs to flourish.

The group’s greater grasp of the world and those who live in it informs the transparency of Goodness. It’s not mired in the details of its creators’ lives, though there are images and sounds ripped directly from their world — the interludes were recorded in seemingly nondescript locations that are personally meaningful to Holden. The kind of transparency The Hotelier engage with on Goodness has so much to do with sharing what it feels like to experience a panoply of visceral moments, not just the thoughts they provoke but the sensations.

“Realness is a treasure in life,” Holden wrote in his Tumblr post from February. Tangibility is the gift of Goodness. This music is powerful, eliciting physical responses, the feelings located in different parts of the body that the brain may otherwise tune out — arm hair bristling or the pulse booming in the ears. On “Soft Animal”, Holden belts out the words “make me feel alive” in a honeyed howl. But Goodness does more than remind of existence, it makes the promise of a new day, and even the everyday, feel more alluring.