The Strokes – Future Present Past EP 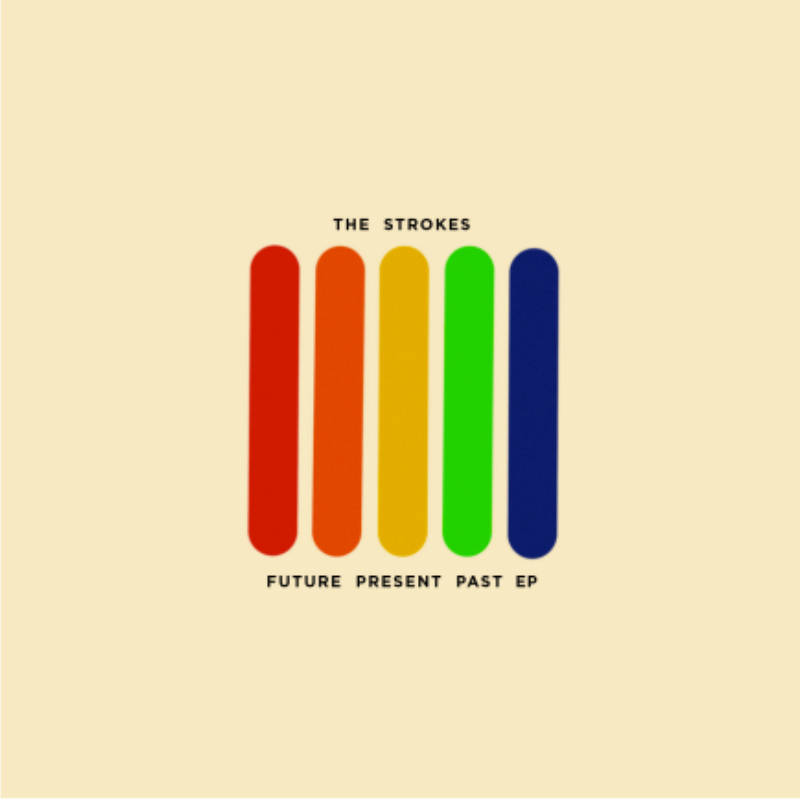 The Strokes could do anything right now. They could open up a vintage shoppe in Queens. They could release an album full of Gun Club covers. They could retire and head upstate to knit baskets in Rochester. Really, they could do whatever pleases them. Now that they’re free from the five-album contract they signed with RCA over a decade ago, the New York rockers have a clean slate ahead that’s refreshing or terrifying or both, depending on how far down the line they’re looking.

Instead, they opted for the most obvious route: The Strokes signed with Julian Casablancas’ Cult Records imprint and kept the lights on. Now, when the group initially reported that things were kosher between everyone and they were recording new music, it was safe to assume they were working on a proper full-length follow-up to 2013’s Comedown Machine. Not so, as they’ve returned with a dizzying four-track EP titled Future Present Past, only further exacerbating our confusion.

For starters, the band haven’t released an EP since 2001’s The Modern Age, their iconic three-track debut that spawned a hellish bidding war between record labels at a time when America could still hop on airplanes with ease. So, it’s strange to see the group revisit the medium, and it provokes a range of theories. Cynics might see the EP as a half-hearted attempt to keep the flag waving in order to appear at festivals. Others might feel it’s the beginning of a new era. Both might be right.

In a very Strokesian move, the three original tracks (the fourth is a superfluous remix by Fabrizio Moretti that completists can take and passersby can leave) correspond to each of the title’s three words. “Drag Queen” is the future, “OBLIVIUS” is the present, and “Threat of Joy” is the past. Now, it’s very likely that’s not what they intended, and perhaps the title plainly refers to their current state of mind, but considering the respective attributes of each track, the stylistic parallels seem just.

Opener “Drag Queen” finds Casablancas grappling with further anti-capitalistic tendencies, something he crudely tapped into with the Voidz on 2014’s Tyranny. “Try to sell the water/ Try to sell the air/ Try to sell your daughter/ Try to sell her hair,” he sings over the chorus, later adding, “Probably found war/ Fighting as the victim.” Sonically, it’s a wild child, channeling Human League (think: “Seconds”) with a touch of New Order (mostly Nikolai Fraiture’s bass), but it’s held together by a little scuff and gruff.

Things take a much lighter turn on “OBLIVIUS” as Casablancas waxes nostalgic about his tormented past before finding clarity and admitting, “Untame me, it’s time/ I know the way uptown.” That feeling couldn’t be more transparent than the song’s cathartic chorus, where he repeatedly belts, “What side are you standing on?” It’s a very prescient track for the singer, and he’s not alone as Nick Valensi and Albert Hammond Jr. join his roaring vocal performance with this effort’s bounciest riffs.

The great and late Lou Reed returns on “Threat of Joy”. Not really, but Casablancas does his best to bring the former Velvet frontman back to life on this throwback track. Everything about this spirited blast from the past — the rhythms, the vocals, the early morning swing — sounds like it was scraped up off the floor of the East Village’s Transporterraum. Still, the lyrics are very forward-thinking, as Casablancas ideally suggests, “And for the first time in my life/ I’m gonna get myself right…”

Who’s stopping him, though? Nobody, but anyone familiar with Casablacas’ work understands few can torture the guy more than himself. Seven albums and two EPs later, the singer-songwriter is long removed from the denim jacket-wearing Lothario we fell in love with on MTV’s $2 Bill. No, he’s a family man, a business man, and a veteran. That’s a poisonous place for any rocker, and he’s not lost on that notion. “I’m going to watch the tidal wave,” he realizes, concluding: “It’s hard to chase away.”

Those are reassuring words. Mystery has forever shaped the mythology behind The Strokes, and they’re rarely so forthcoming. Which is why Casablancas’ peculiar transparency is one of the more alluring accomplishments of Future Present Past. That’s not to say we have all the answers; in fact, we couldn’t be more in the dark. No, The Strokes are the same ol’ murky enigma they were last week, last month, last year, last decade. Future Present Past simply leaves them floating in space.

But hey, at least it’s not Upstate New York.