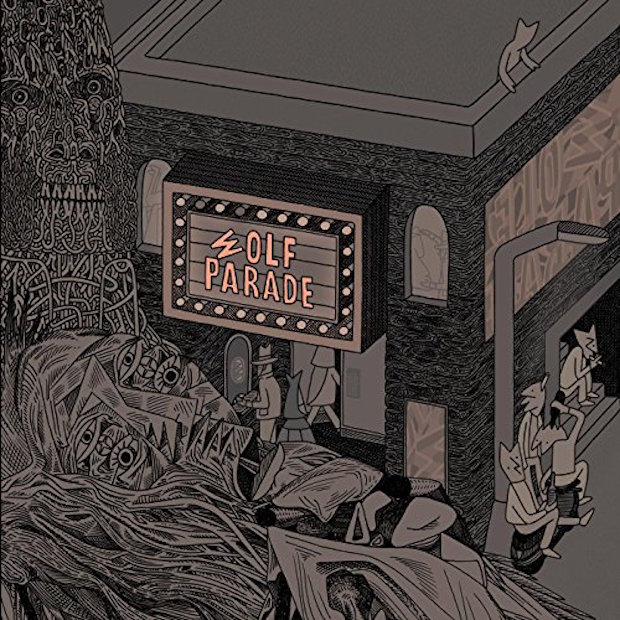 The year has yielded a handful of reunions and comebacks, but Wolf Parade were perhaps the most unlikely candidates to get back together. It’s not that their breakup was the stuff of legends — there were no smashed hotel rooms or inter-band fist fights. It’s just that everyone seemed way too busy to even consider it. In the five years since their 2011 breakup, band leaders Dan Boeckner and Spencer Krug have separately released an impressive six albums since their end: Krug through his Moonface moniker and Boeckner through his band Operators and Divine Fits, a side project he started with Spoon’s Britt Daniel. With all their fulfilling creative output, it didn’t seem like a Wolf Parade return was in the cards.

While they never quite hit the limelight as fellow mid-aughts Canadian contemporaries Arcade Fire, their cult following has secured a spot in the indie cannon somewhere between big league bands like Broken Social Scene and Stars and smaller cultish bands like The Unicorns. When the four-piece announced their return, they were met with shocked delight on a relatively large scale. Let’s give credit where credit is due, too: This type of reunion rarely yields new music so soon into their lifespan, if ever. While some are quick to collect their paychecks yet hesitant to actually work together with their old band, it’s obvious that Wolf Parade’s reunion is organic. The fact that this EP has been announced and released in a relatively low-key manner is a testament to this. Best of all, there is a palpable sense that this reunion aims to reignite a creative spark.

At an extremely brisk twelve minutes, the EP comes as quickly as it goes. In fact, it feels less like a comeback and more like a debut: short and right to the point, with a hopeful air that what they’re throwing out there will stick. Of course, this isn’t as roughly hewn as their first three EPs (which have been recently reissued along with the classic Apologies to the Queen Mary), but they aren’t quite as complex or produced as the underrated Expo 86, the record that would have been their swan song.

The EP is split evenly, with two songs fronted by Krug and two by Boeckner, with the former sandwiched between Boeckner’s opening and closing tracks. “Automatic” opens by diving into that familiar Wolf Parade sound, a thrilling feeling for those that had missed the band for years. Boeckner’s vocals are still as frantic and apocalyptic as ever: “Close your eyes and the world is gone, vaporized.” Wolf Parade have always flirted with new wave and Boeckner’s pop sensibilities are firmly tuned to Elvis Costello, especially when Krug provides a very “Radio Radio”-esque synth part. “Floating World” is equally dramatic with Boeckner’s guitars and Krug’s bassy synths battling it out to end the EP. Much like their pre-reunion work, it’s indie music that works equally as well in both a club and an arena.

Krug’s contributions are similarly indebted to new wave, though a different strand. Strange title aside, “Mr Startup” might be the best song on the EP. Whereas Boeckner will tell you a story, Krug spells his feelings out in a more abstract manner. “Blessed be the ones who let their blessings go,” he wails, over cheesy trumpet-sounding synths that somehow work. Urgency has always been their forte; Krug’s songs especially embody this, as his unique vocals stretch and bend over an insistently pounding beat. His other song, “C’est La Vie Way”, is the most expansive on the EP, as it opens up from its highway speed and cuts down to a half-time outro whose heroic histrionics seem tailor-made to close out concerts.

After three marvelous albums, Wolf Parade have nothing to prove, but the fact that they want to prove something speaks volumes about their attitude towards this reunion. This is the sound of a band learning to work together again after nearly half a decade apart and finding that they aren’t as rusty as they might think.