Amy Schumer to lead bachelor comedy Who Invited Her?

Universal is reuniting with their Trainwreck star for another potential blockbuster 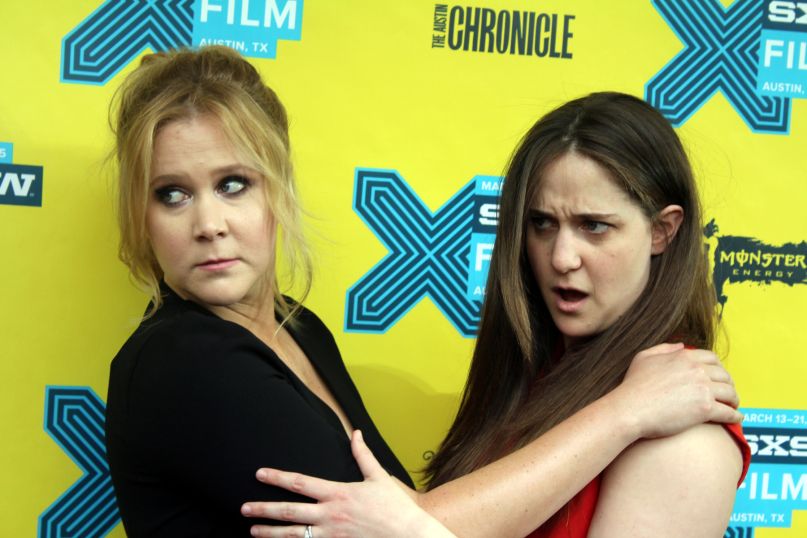 Last summer, Amy Schumer quickly became a worldwide phenomenon when she headlined Judd Apatow’s Trainwreck. The blockbuster comedy dominated the box office, snagging over $140 million at a time when superheroes and dinosaurs rule the roost. That’s something Universal isn’t wont to ignore, which is why they’re reuniting with Comedy Central’s flagship star for the screwball bachelor comedy, Who Invited Her?.

Written by John Phillips and Sascha Rothchild, the story follows an overbearing woman who essentially invites herself to her male best friend’s bachelor party weekend. If that sounds like another gut-busting skit out of Inside Amy Schumer, well, then it should come as no surprise that the show’s writer Tami Sagher is currently reworking the screenplay.

In the meantime, Schumer is currently working on an untitled mother-daughter comedy featuring the much-hyped return of Goldie Hawn, and remains committed to that comedy she’s been dreaming up with director Jennifer Lawrence. Rumored titles for that big collabo include Fwendz Forever, Star Fwendz, and Silver Linings Playbook 2. No, not really.

To make up for that fib, here’s your moment of Zen: