After playing a show in Asheville, the band releases two pay-what-you-want benefit albums 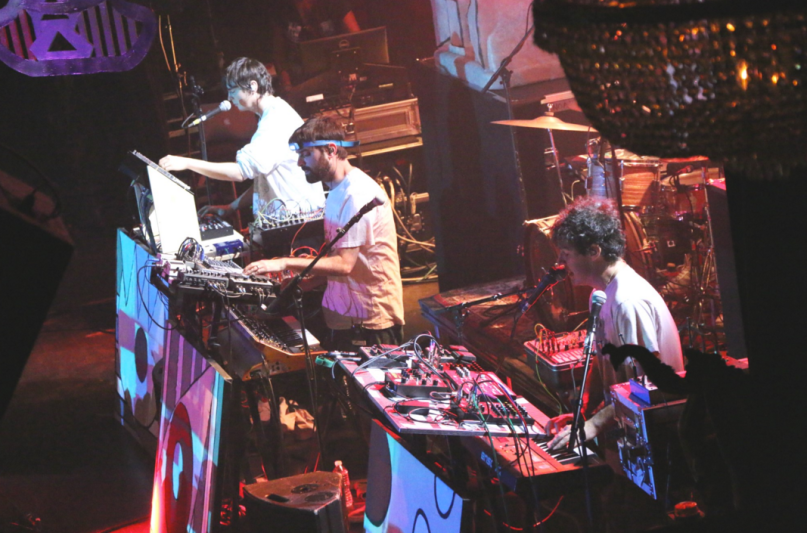 Many artists have chosen to boycott North Carolina all together over the state’s controversial HB2 law (Bruce Springsteen and Pearl Jam among them), while others have turned their shows into benefits (like Father John Misty and Mumford and Sons). On Sunday evening, Animal Collective joined the latter group of musicians by welcoming the anti-HB2 non-profit Progress NC to their concert at Asheville’s Orange Peel.

“We felt that canceling our show, like many others have done in protest of this law, would be a disappointment to our fans and decided to go on with the performance,” the band said in a statement. “That being said, we don’t condone or agree with any type of bigotry or discrimination.”

Now, AnCo have taken it a step further with the release of two live benefit albums. Both recordings, one from a March 9th at LA’s Fonda Theatre and the other from a April 13th gig at Manchester, UK’s The Ritz, are being offered for pay-what-you-want downloads via Bandcamp. All proceeds from sales of the albums will go to benefit Progress NC.

You can listen to and purchase both live albums below. Underneath the streams, read Animal Collective’s complete statement on the issue.

“Last night, Animal Collective performed at The Orange Peel in Asheville, NC. For those who were at the show, you may have seen a table set up for Progress NC, who we were introduced to by NC Needs You (ncneedsyou.com). They (progressnc.org) are an organization ‘dedicated to being a voice for forward-thinking North Carolinians who want to protect the balanced approach to government.’ Recently, North Carolina passed a law, known as HB2, that dictates which bathrooms transgender people are permitted to use and attacks the rights of LGBT citizens to sue when their human rights are violated in the workplace. We felt that canceling our show, like many others have done in protest of this law, would be a disappointment to our fans and decided to go on with the performance. That being said, we don’t condone or agree with any type of bigotry or discrimination.

This year, we’ve been recording and mixing some of our live shows. In an effort to raise awareness and help those fighting for equality, we are making two of our favorite recent shows available for download in a ‘pay what you want’ model. To listen to/download shows from March 9, 2016 at The Fonda in Los Angeles, CA or April 13, 2016 at The Ritz in Manchester, UK please visit anmlcollectve.bandcamp.com and donate what you’d like to contribute to Progress NC. All proceeds from these downloads will go to that organization. Thanks!”