Ronan Farrow publishes biting essay regarding the media's coverage of his father, while master of ceremonies cracks a rape joke 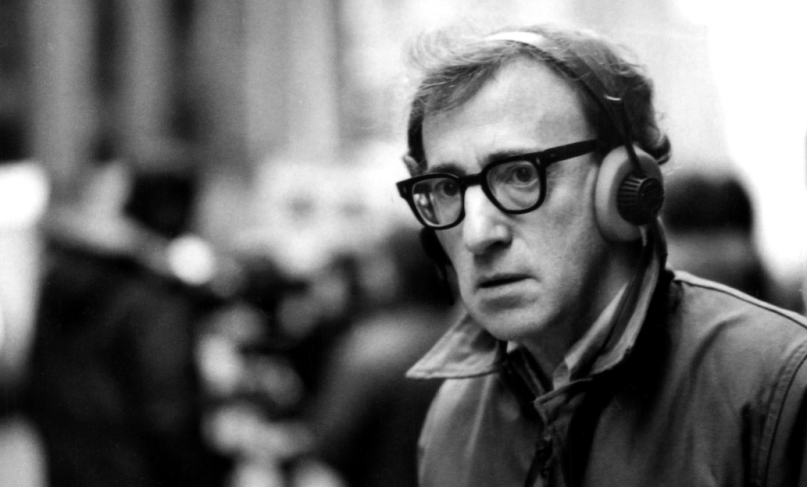 As always, there’s been quite a bit of news out of this year’s Cannes Film Festival in its first day alone. But the most notable item of the day has surrounded the premiere of Woody Allen’s latest, Café Society, a film making him the first director to open the festival on three occasions.

Already, the film has premiered for audiences. But as The Hollywood Reporter notes, during the festival’s opening ceremony, French comedian Laurent Lafitte (the evening’s master of ceremonies) addressed the unspoken tension in the room head on, with this line regarding Allen: “You’ve shot so many of your films here in Europe and yet in the U.S. you haven’t even been convicted of rape.” It’s the latest in a number of reminders of the director’s controversial history, one at the center of so much discussion about him in the wake of his adoptive daughter Dylan Farrow’s open letter to The New York Times in 2014.

That letter was fresh in the minds of many not just because of its own arguments, but because while Allen was being interviewed about Café Society at a Cannes press event, an article by Ronan Farrow, Dylan’s brother and Allen’s son, was published in The Hollywood Reporter. Farrow recounts many of the arguments posed by Dylan in the open letter, but ventures that not enough was done in the wake of it:

“When The New York Times ultimately ran my sister’s story in 2014, it gave her 936 words online, embedded in an article with careful caveats. Nicholas Kristof, the Pulitzer Prize-winning reporter and advocate for victims of sexual abuse, put it on his blog.

Soon afterward, the Times gave her alleged attacker [Allen] twice the space — and prime position in the print edition, with no caveats or surrounding context. It was a stark reminder of how differently our press treats vulnerable accusers and powerful men who stand accused.”

Farrow’s editorial draws comparisons to the case of Bill Cosby; when Farrow was assigned to interview a biographer of Cosby’s, he was not allowed to press about the accusations, and expresses regret about not having done so:

“Today, the number of accusers has risen to 60. The author has apologized. And reporters covering Cosby have been forced to examine decades of omissions, of questions unasked, stories untold. I am one of those reporters — I’m ashamed of that interview.”

Farrow’s editorial is about the accusations, but it’s chiefly about the ways in which issues of sexual assault are handled and talked about publicly. Of the general unwillingness to address such complicated matters in public, Farrow writes, “That kind of silence isn’t just wrong. It’s dangerous. It sends a message to victims that it’s not worth the anguish of coming forward. It sends a message about who we are as a society, what we’ll overlook, who we’ll ignore, who matters and who doesn’t.” The editorial was published during a press conference in which the old man/young woman dynamics of his films were addressed, but not the topics Farrow approaches.

Discussions of accountability and how to speak with nuance about accusations have already surfaced anew around Allen, to the point where even the actors taking roles in his films have been approached on the topic. To that point, in a Variety profile making the cover just one week after Allen’s own profile graced the Hollywood Reporter‘s cover, Kristen Stewart (one of the stars of Café Society) addressed the matter in brief:

“Stewart admits that initially she had concerns about working with Allen. She was aware of the sexual-abuse allegations of his daughter, Dylan Farrow, who wrote an open letter to The New York Times in 2014, condemning actresses like Emma Stone and Scarlett Johansson for supporting his work. After she was cast, Stewart had a conversation with [Jesse] Eisenberg about the situation.

“I was like, ‘What do you think? We don’t know any of these people involved. I can personalize situations, which would be very wrong.’ At the end of the day, Jesse and I talked about this. If we were persecuted for the amount of shit that’s been said about us that’s not true, our lives would be over,” Stewart says. “The experience of making the movie was so outside of that, it was fruitful for the two of us to go on with it.””

As of now, the director has not commented on the Hollywood Reporter article, nor the film’s cast. Update – Thursday, May 12th at 10:10 a.m. CT: Allen addressed Lafitte’s “rape” joke during a luncheon with reporters on Thursday, responding that “it would take a lot to offend me,” according to Deadline.

Additionally, he told reporters that he has not read Farrow’s essay. “I never read anything about me,” Allen added, according to Vulture. “Any of these interviews I do, anything. I said everything I had to say about that whole issue in the New York Times, I don’t know if you read it, some time ago. I have moved so far past that. You know, I never think about it. I work, and that’s the end of it for me. I said I was never gonna comment on it again because I could just go on endlessly.”

Despite Allen’s comments, The Hollywood Reporter was apparently banned from attending the luncheon for its printing of Farrow’s essay. “It’s only natural that I would show displeasure when the press, in this case The Hollywood Reporter, goes out of its way to be harmful to my client,” Allen’s publicist Leslee Dart said in a statement.