Drummers from The Apples in Stereo, The Polyphonic Spree, The Old 97's, Deathray Davies from supergroup 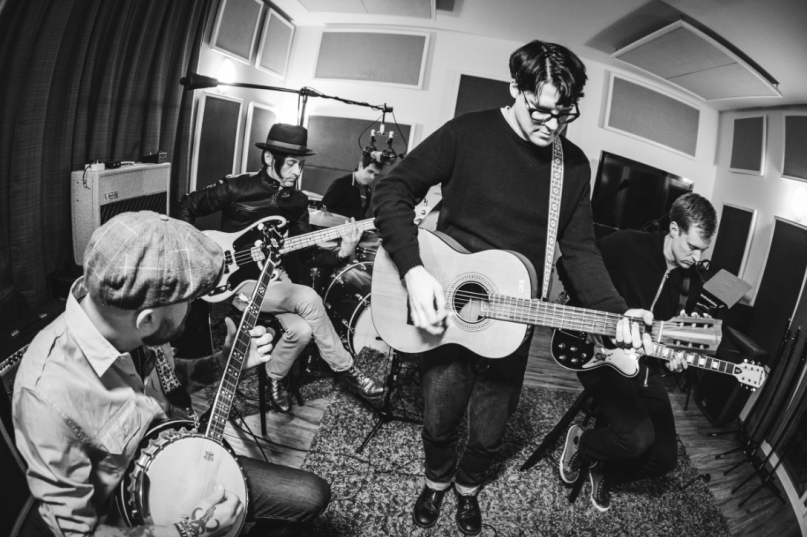 There’s a chance Cantina will never be able to perform “Bulletproof” live. “I woke up drunk, with the worst cold I can remember,” frontman John Dufilho (of The Apples in Stereo and The Deathray Davies fame) said of writing the track. “So I did what I always do when my voice is much lower than usual – I started singing Johnny Cash and Magnetic Fields songs. I hit play on a riff that our banjo player Marcus Hollar had sent the day before, then hit record on my vocals, and presto, it was ‘Bulletproof.’ Start to finish, a first and final take. I got in my car and drove home and I’ve never been able to sing it in that key since.”

Though the song may be a bit out of his register, we’re sure Dufilho and Cantina can find a way to make it work live. After all, the band is made up of a bunch of drummers who aren’t playing drums — Jason Garner of The Polyphonic Spree, Andy Lester of Deathray Davies, and Philip Peeples of The Old 97’s (who actually plays the drums in Cantina, too) — and it works just fine! It certainly does on “Bulletproof”, a light and lovely ode to that feeling you get when you walk into a room and see the object of your affections standing right in front of you. Like the rest of the album from which it originates, the track has no cymbals, just carefree guitars and banjo strolling hand in hand through a sun-streaked pasture.

“Bulletproof” is the lead single from Cantina’s debut full-length, A Sea of Keys, due out July 22nd via We Know Better Records.