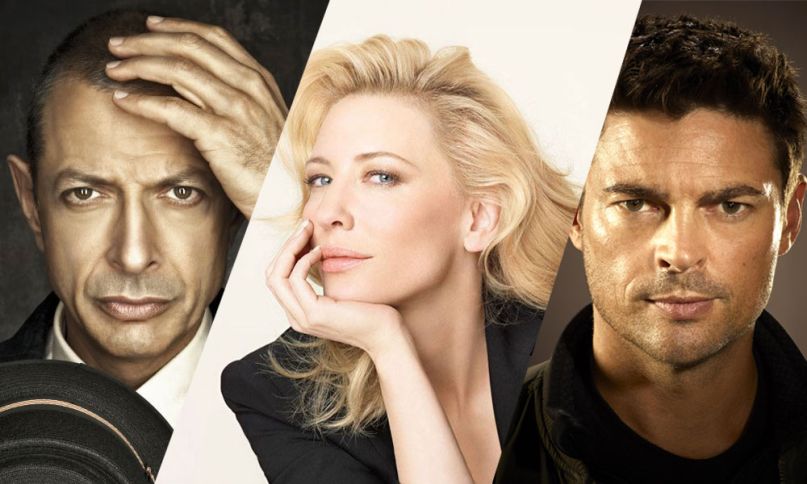 Marvel Studios has announced some major additions to the forthcoming third film in its Thor franchise, Thor: Ragnarok.

Confirming a report that came out late last year, Oscar-winning actress Cate Blanchett has been cast as Hela, ruler of the Asgardian underworld Hel and main protagonist of the film. Joining her will be Jeff Goldblum as the “eccentric” Grandmaster, a game-obsessed cosmic being who’s one of the comic books’ Elders of the Universe (of which the Collector, played by Benicio del Toro in Guardians of the Galaxy, is also a member). In the books, the Grandmaster is in possession of one of the Infinity Stones, the powerful items that have been central throughout the stories of the Marvel Cinematic Universe.

Also joining Ragnarok is Star Trek and Dredd’s Karl Urban, who will portray Skurge. Wielding the cursed Bloodaxe, the character’s full name in the comics is Skurge the Executioner, so you can guess what type of bad guy he is. Tessa Thompson has also been confirmed to play Valkyrie, a beloved Asgardian heroine in charge of the group of female warriors known as the Valkyrior, who guide the souls of dead heroes to Valhalla.

As previously revealed by Marvel, Mark Ruffalo will also reprise his role as Bruce Banner/Hulk in the movie.

“The continuation of the epic Thor franchise will be powerful and unique, and with the additions of Cate, Jeff, Tessa, Karl, and Mark to the cast we have the makings of his most dangerous and heroic adventure yet,” producer Kevin Feige said in a statement. “The sheer, raw talent each of these actors brings to the screen can’t be quantified. Having any one of them join the Marvel Cinematic Universe would be an honor, and having all of them is incredible.”

The new cast members join series stars Chris Hemsworth (Thor), Tom Hiddleston (Loki), Idris Elba (Heimdall), and Sir Anthony Hopkins (Odin). Neither Natalie Portman nor Stellan Skarsgård are expected to return for a third Thor go-around. Taika Waititi (What We Do in the Shadows) will direct from a script by Stephen Folsom, Craig Kyle, and Christopher Yost. Filming is expected to start this June for a November 3rd, 2017 release.

In addition to the casting announcement, Marvel has shared concept art of what Blanchett’s Hela may look like, at least from the back. Check it out below.