When placed directly under sunlight, the album's blackstar artwork transforms into a field of glowing stars 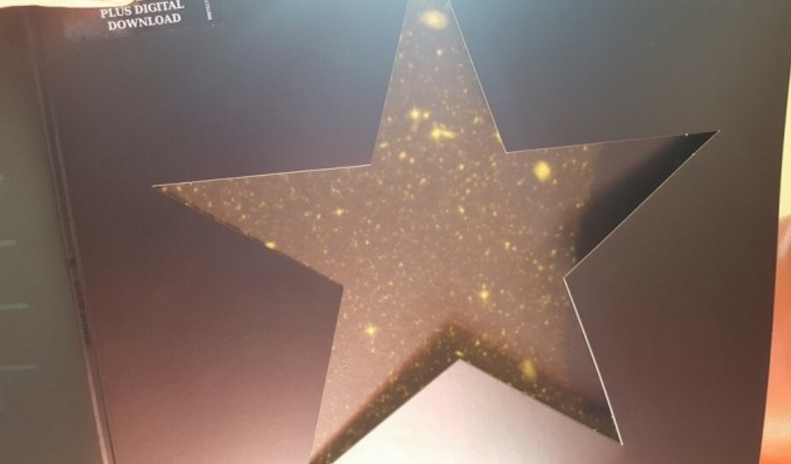 Even after his death, David Bowie’s presence has been felt in unexpected ways, almost as if he intentionally hid a series of treasures for fans to discover. The Thin White Duke’s first-ever film was recently uncovered, as was a never before heard demo called “To Be Love”. Last month brought the posthumous release of a new video for ★ single “I Can’t Give Everything Away”, and now, fans have found an easter egg hidden within the artwork of his final album.

As FACT points out, when placed directly under sunlight, the album’s blackstar artwork transforms into a field of glowing stars. Once the light source is removed, the stars fade away.

The discovery is just further proof that the artwork is much more complex than it initially appeared. The designer, Jonathan Barnbrook, discussed his process in a recent interview with Dezeen.

“It’s subsided a bit now, but a lot of people said it was a bullshit cover when it came out, that it took five minutes to design,” Barnbrook said. “But I think there is a misunderstanding about the simplicity.”

“This was a man who was facing his own mortality. The Blackstar symbol [★], rather than writing ‘Blackstar,’ has as a sort of finality, a darkness, a simplicity, which is a representation of the music.” Barnbrook explained some of the larger concepts tucked away inside those five black points, saying, “The idea of mortality is in there, and of course the idea of a black hole sucking in everything, the Big Bang, the start of the universe, if there is an end of the universe. These are things that relate to mortality.”