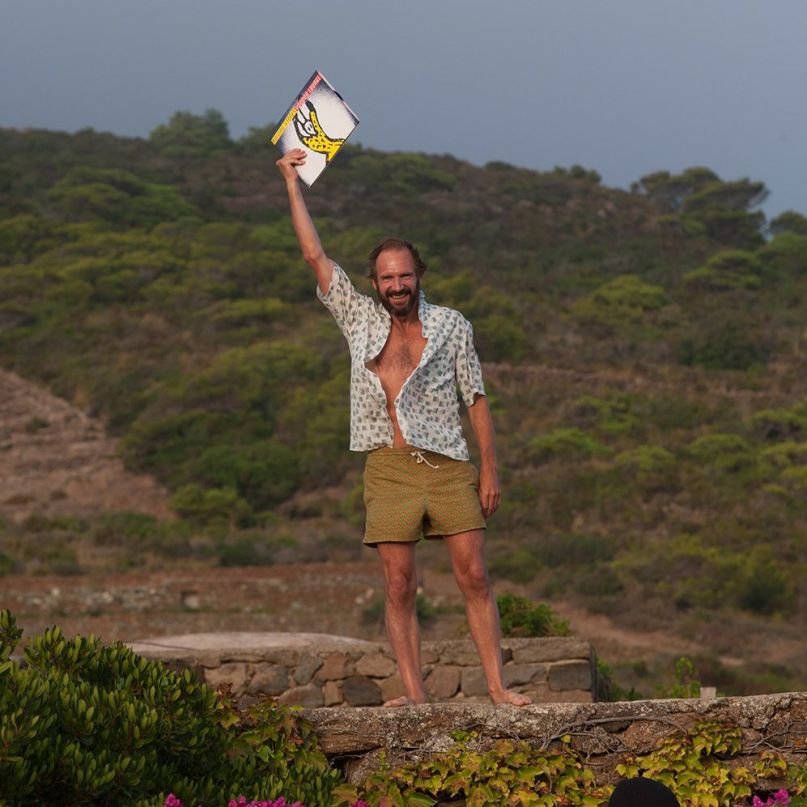 In the ‘70s, David Hockney would take pounds of Polaroids and create collages that he could later recreate through painting. Hockney made a name with his art of sun-soaked aesthetics, poolside blues, and whitening skies, but his transformational techniques are perhaps his most permanently meaningful. When trying to rehash old events, why wouldn’t someone wince at the pieces and decide to rebuild memories as a more cohesive and idealized whole? This could have been Hockney’s wish: to brush a facade over what might otherwise be drab instances. Hockney was on to something, albeit an emotionally suspect thing: editing how we present life.

Deleting and curating tagged photos on Facebook seems pretty routine by now. Or sharing a mediocre selfie with iPhone filters to honeydew the moment. And it stands to reason that when, say, friends and lovers come together with loads of baggage, perhaps the m.o. will always be to drink, dance, and do it to the tunes of nostalgia. Why confront the pain? When Harry Hawkes (Ralph Fiennes) gets blitzed and struts for close friends to the Stones’ “Emotional Rescue”, the charade couldn’t feel more like a clingy cry for help.

With its title taken from the David Hockney painting of same name, A Bigger Splash represents the famed artist’s process and all that it conveys. Lovers collide on an alluring island in the Strait of Sicily, and for 124 minutes of heaven, rockers and youngins romp, as if to sate themselves for fear of drowning in hell at any moment in Luca Guadagnino’s rapturous film of pools and partying. Guided more by emotion and imagery than by any conventional plot, A Bigger Splash is a wicked, mysterious, ceaselessly sexy, and experiential carnal summer whirl.

Here is a film about friends gathering under the auspices of re-hashing the past; but like any reunion, beneath it all, there’s always cracks. The lovers at hand: Marianne Lane (the incomparable Tilda Swinton) is a singer with shredded vocal cords. Lane is healing her strained throat, but when she sings she’s a David Bowie and Chrissie Hynde amalgam, an attractive alien ingénue. Her partner is Paul (Matthias Schoenaerts), a handsome, lean, and mournful documentarian that swept her away years prior. They tan, they beach, they wear light clothes and they fuck. They’re in a paradise of wistfully muted moments. Trouble arrives in the form of Fiennes’ Harry, and he’s brought Penelope (Dakota Johnson), his nymph “daughter” (test results pending). Harry’s a dashing, devilish music producer. A charmer. A bullshitter. And he’s also Marianne’s former beau.

Every actor comes to A Bigger Splash with acute fragility, and differing forms of showmanship. Swinton and Fiennes, in particular, are knockouts. While Schoenaerts’ soul and Johnson’s vivaciousness are of substantial merit, the headliners are undoubtedly the more established performers. Between Swinton’s rockstar persona at odds with her fragile demeanor, and Fiennes’ recklessness in hiding what could only be a midlife crisis, the two give mesmerizingly creative performances. Fiennes glistens. He’s sweaty and energetic, embodying his late-career bawdiness – this is like watching M. Ivan now, with even more weight, and far less willing to see anything without his rosy, beer-fueled lenses. He’s the bad best friend everyone tries to keep out of their life, yet no one ever turns away. And Swinton, with her impeccably tailored outfits, and indescribable effervescence, ventures to strange new heights even while admirably restraining herself. By not speaking, or rising to a whisper at her loudest, Swinton ironically contrasts the other noise of the film, becoming a spiritually pure centerpiece.

Guadagnino takes his time and really bathes in these individuals. The film pieces together dizzying moments of play in the sunshine, beauteous bodies of water, lusciously lit dinners, suggestive conversations and ultimatums, abruptly intercut snapshots of troubled moments, and a general sense of dry heat desperate to be cooled at any second. There must be some reason that Marianne and Harry are shot in sensuous close-ups tasting ricotta. There’s a natural ease to watching Paul borrow Marianne’s sunglasses while he’s driving blind. There’s deep concern about the proximity in which Harry sings karaoke with Penelope. Every drop of water carries the opportunity for purification, and problems. Every vista brings meaning to these characters.

Every frame is a carefully constructed painting. Guadagnino gazes with longing, and then wonders when everything must come to a head. It’s a film of patient and complicated passion, and these people, this place, the feel, it’s all so fetching and carefully served.

This is a romantic film, to be certain. A charged and provocative one, sans meet-cutes or clear guesses of intentions. Here comes bad decisions, bottomless passion, and rousing actions from game actors willing to bare all in every sense.

To that, it is worth noting that this is a film swimming with nudity. Good nudity in an era failing to wean itself off the male gaze (prescient here, considering Dakota Johnson’s continued exposure, but not necessarily problematic). A Bigger Splash feels like that exceptionally rare film where the nudity is prolonged, but never without purpose. Whether employing lengthy examinations of musculature or fully-exposed bodies, Guadagnino uses human form with care as a stirring cinematic device. A naked man’s body is a visual metaphor for frailty, a woman’s presented as a test in tantalization. Guadagnino actually makes film nudity feel less like a pervert’s hobby and more like a reasoned exercise in usage and equity.

A Bigger Splash was initially pitched to Guadagnino by StudioCanal as a remake of Alain Delon’s cult film La Piscine. At The Economist, Guadagnino acknowledged an interest in mysterious attractions. In any case, A Bigger Splash comes across as vintage in its clever camerawork, its moral ambiguity, and its deceptively romantic set decoration and fashion. Yet it’s all assembled with breathy care. A Bigger Splash doesn’t merely adore sunsets and rain, but strives to make itself as alluring as possible in the hope of capturing a perfect memory, lest it spoil or reveal too much truth. (To note: the film has a “Landscape Artist” in the credits, so Hockney, set your eyes to stun.)

By taking what’s ostensibly a hazy love-in, and deconstructing it into a song of sadness and forced frolicking, Guadagnino has devised a bewitching masquerade. And the water’s so inviting.