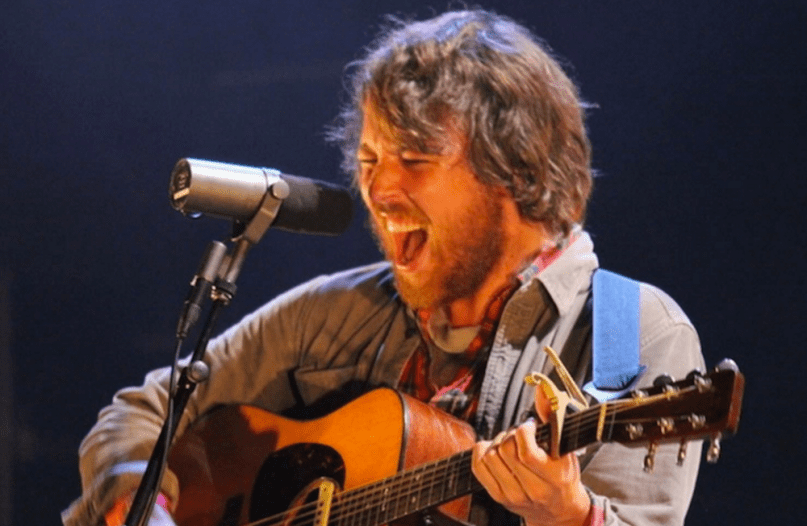 Fleet Foxes frontman Robin Pecknold answered questions from fans during a recent Reddit AMA, commenting on everything from his relationship with former Fleet Foxes drummer Josh Tillman (aka Father John Misty) to why he opted for indie rock instead of music academia. Unsurprisingly, several fans also asked him about the forthcoming Fleet Foxes LP and follow-up to 2011’s Helplessness Blues, which he announced on Instagram earlier this month. Pecknold revealed a bit about what that record might sound like and gave us a glimpse into his grooming habits (“I don’t use conditioner bruh”). Check out some of the highlights from the AMA below.

On his relationship with Josh Tillman (aka Father John Misty):

Josh and I haven’t spoken since the end of touring HB and, to be honest, we didn’t really speak much for the two years before that either. We ended up going down different paths too soon before our touring and recording commitments were finished. Happy he’s doing his thing tho … We had really gone separate roads by 2010 but remained in the project together to honor our recording and touring commitments and to not let any fans down who might be coming to our shows. I wish that things had gone differently. Making sure everyone involved is feeling good and that relations are strong is a big priority for me now.

On whether the new LP will depart from Fleet Foxes’ traditional sound:

I don’t want to change genres necessarily – I feel like there was a period from 2012-2016 where it would have been very culturally exhausting to release a “folk” sounding album, considering the climate of Mumford and Sons and the Lumineers etc being so incredibly popular. What were we to do? Try and be as popular as them and change the music? Switch genres in reaction to that zeitgeist, which would be sacrificing my tastes just for the purpose of Othering ourselves from them? I didn’t want to be working from a place of Reaction but from a place of Action and that was just impossible to do in those years considering what Fleet Foxes had come to mean and what had happened after. That has all died down so I don’t feel weird being in a “folk” context, but I also don’t feel weird about making something that doesn’t sound “folky” because it wouldn’t be just to distance ourselves from that sound. I just think Reaction is a bad place to be and can result in whack art that you don’t really believe in.

On going back to school at Columbia University:

I love being at Columbia at being at General Studies, I am super lucky to have had that opportunity and I intend to go back to finish a degree once this album is complete. I never thought I would go to a nice college. Very few people recognized me but I had changed my appearance a lot at that time.

The hiatus has really helped! I have a lot more perspective now and I feel pointed in the direction of what is most exciting for its own sake without secondary considerations effecting my headspace. I also got some academic pretensions out of my system that I won’t be inflicting upon the listening public thru song.

On whether he’s feeling pressure to live up to past standards:

I really feel no pressure at all, just excitement about making it and sharing it with people. Maybe that’s a bad sign! Or I should say I feel stoked to do a good job and work really hard on it, I have a lot of energy saved up for it, but I don’t feel that looming dread of worrying what people will think about it (mainly people that didn’t like the band) that I had while working on Helplessness Blues.

On why he’s not a composer:

College has helped me practically in terms of a more legit arts education and some music theory stuff that is helpful when arranging songs. But it was also paralyzing at times. In indie rock you can throw some flutes on a song and it sounds high minded but that wouldn’t play in academia or academic art music at all, so for a while I had no idea what to do or which path I wanted to go down. For a second I thought about becoming a composer but I realized I would be really out of my depth, and I really love good songwriting and interesting melody and the human voice too much to try and move into that world, I’d be a pretender.

On the contemporary artists he’s listening to at the moment: