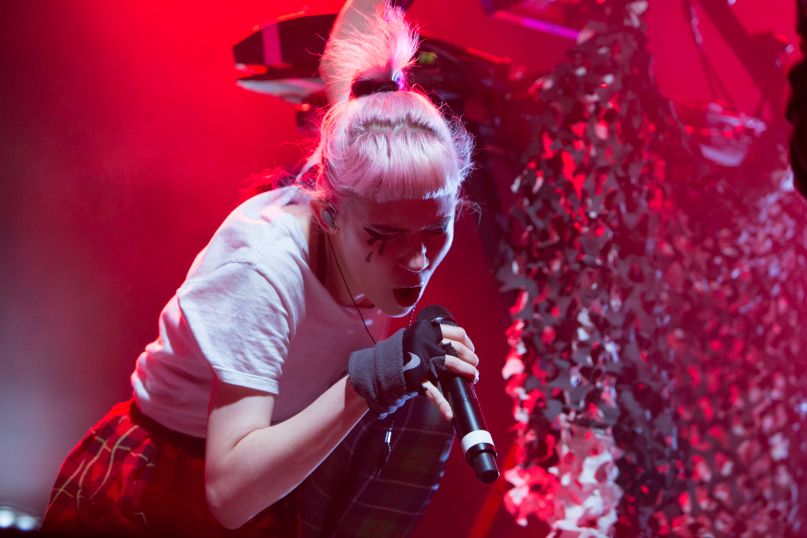 Organizers of Moogfest describe their annual festival held in Durham, North Carolina, as a “synthesis of music, art, and technology.” No current artist exemplifies that synthesis more than Grimes, who happens to be headlining this year’s edition of Moogfest and bringing an ambitious art installation along with her. Festival attendees will be able to literally step inside and manipulate Grimes’ music via an interactive installation called “REALiTi: Inside the Music of Grimes.”

Powered by Microsoft’s Kinect motion sensing technology, the installation will allow visitors to mess around with “REALiTi”, a track from Grimes’ 2015 album Art Angels. A press release for the installation promises “unique sounds and visuals” and an experience that encourages visitors to “physically interact with the environment.”

Moogfest takes place from May 19th–22nd. Check out a teaser trailer for “REALiTi: Inside the Music of Grimes” below.