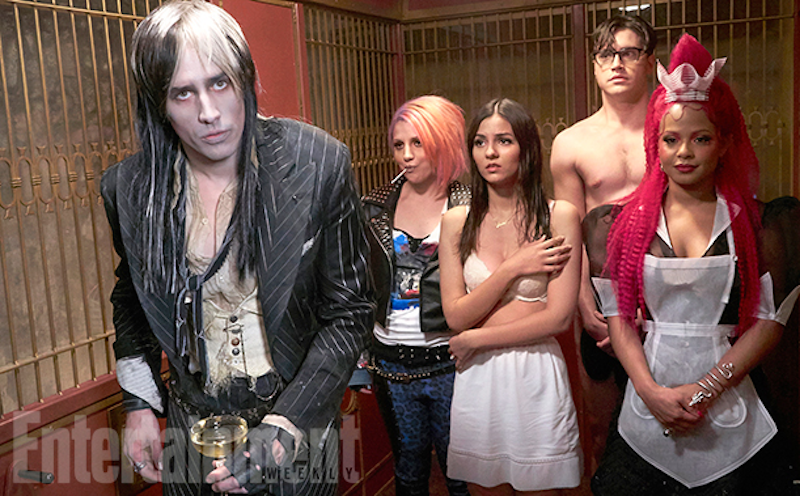 Fox is doing the time warp again this fall with a two-hour TV remake of the cult classic The Rocky Horror Picture Show. Today, EW has released the first look at the cast and sets of the special with new official images.

High School Musical’s Kenny Ortega is directing and choreographing the update, promising “even more colorful dance number[s].” Still, he added that, “It’s the same score and the same story and the same characters and the same good camp and fun.”

Those characters include the iconic Dr. Frank N. Furter, played by Orange is the New Black star Laverne Cox. The role’s originator, Tim Curry, is also part of the cast, though this time as the Criminologist Narrator. “The first day of rehearsals in Los Angeles, Tim listened to me sing every song from the show,” Cox said of working with the original Dr. Frank. “That was really intimidating. I had to sing in front of the man who made all these songs iconic. It’s just a gift he’s involved in our production.”

Take a look at the images below.