Plus, the band has announced its first shows together 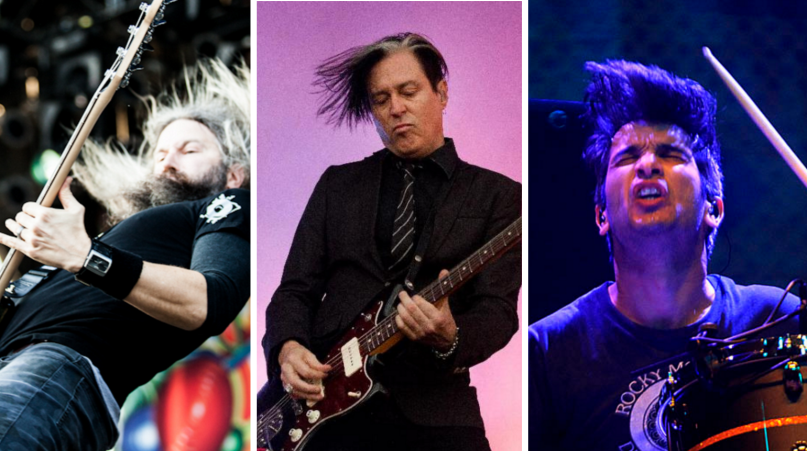 Gone Is Gone is a new supergroup comprised of heavyweight rockers in Mastodon singer/bassist Troy Sanders, Queens of the Stone Age guitarist Troy Van Leeuwen, and At the Drive-In drummer Tony Hajjar, and guitarist/keyboardist Mike Zarin. Though they formed only recently, their self-titled debut EP is set to hit shelves on July 8th via Rise Records.

Already we’ve heard the lead single off Gone Is Gone, a sludgy number called “Violescent”. On a recent Beats 1 radio show hosted by Savages’ Jehnny Beth, the four-piece unboxed another preview in “Starlight”. Here, quiet yet foreboding verses give way to a dynamite chorus and Sanders’ earthshaking growl.

Stream it below via Apple Music.

Update: Gone is Gone have shared the silhouette-heavy new music video for “Starlight”. They’ve also announced their first shows together, including gigs in New York and Los Angeles. Check it out below.

Beth also interviewed Van Leeuwen about the group’s songwriting process, formation, and … preference in pajama fabric. Check out a short clip of their discussion.