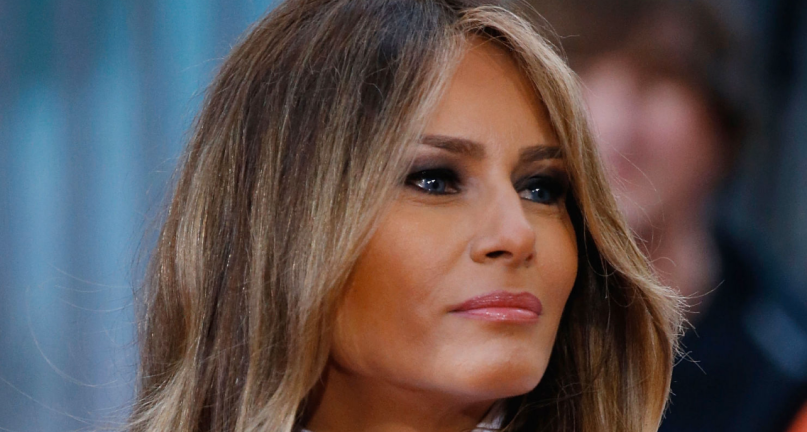 If you subscribe to the conspiracy theory that Donald Trump’s presidential run is simply part of an elaborate marketing campaign to promote Radiohead’s new album, don’t expect Melania Trump to be in on the gag. Because she sucks at pranks.

The 46-year-old supermodel, who became Donald Trump’s third wife in 2005, is featured in this month’s DuJour magazine. In what I can only assume is a lame attempt to come across as more relatable, Melania remembers the first time she met Michael Jackson at a luxury New York City hotel. The story ends up being a snoozefest, especially when she get recounts the terrible practical joke the two pulled off at the expense of her husband.

“Upon marrying Donald, the world opened up to her in ways she never dreamed. ‘I met Michael Jackson,’ smiling at an obviously happy memory. ‘It was here in New York in the Pierre Hotel. He called us, so we went over and we had dinner. Just after dinner, we were chatting on the sofa and my husband went into another room to see some art somebody wanted to show him.’

‘And Michael said to me, ‘Hey, when Trump comes back, let’s start kissing so he will be jealous!’ They didn’t kiss, she says, ‘No, no, no. But we were laughing so hard.'”

“When I mention that the comedian Louis C.K. flat out compared Trump to Hitler, Melania stares blankly back at me.

“’No,’ she says, shaking her head. But she continues: ‘We know the truth. He’s not Hitler. He wants to help America. He wants to unite people. They think he doesn’t but he does.'”