Mule! Nag! Cast of A League of their Own Reunited Over the Weekend

Slow down Tom Hanks fans, Jimmy Dugan was nowhere to be seen 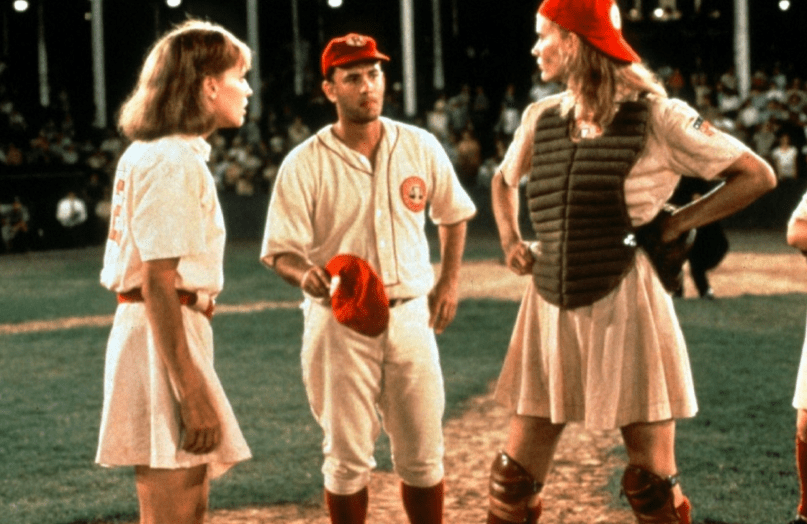 “Something important has just happened. I was in the toilet reading my contract, and it turns out, I get a bonus when we get to the World Series. So, let’s play hard, let’s play smart, use your heads.” –Jimmy Dugan (Tom Hanks), A League of their Own

Sadly, the lewd, crude, and brooding coach was nowhere to be seen on the green at last weekend’s Bentonville Film Festival, but that didn’t stop the real stars of A League of their Own from reuniting.

What’s more, they even had Gina Casey, an original player of the real-life All-American Girls Professional Baseball League, toss out the game’s first pitch. Catch photos below, then play ball. #nocrying

Previous Story
The Strokes, New York City, and the Photographer Who Was There for It All
Next Story
Beyoncé belts out gorgeous cover of Prince’s “The Beautiful Ones” — watch
Popular
More Stories
[fu-upload-form form_layout="media" title="Submit Your Photo"][input type="hidden" name="ugc" value="1"][/fu-upload-form]