Upstart band will release their debut EP next month 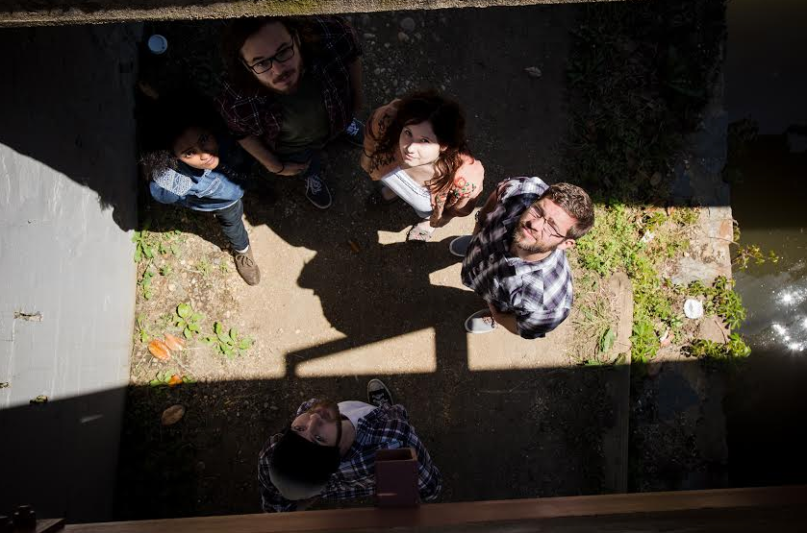 Timing, as they say, is pretty much everything in life. The trick is, if you really want something bad enough, you can make it work. The five members of Queue, for example, chose the very wrong time to form a band. After five years in college together but playing for other bands, the quintet finally decided to join forces right as graduation sent them spinning back to their home towns. Based in Philadelphia and Washington DC, the band members were forced to work via the internet, meeting to rehearse just once a month. But they put in the effort, and a year later they entered Brooklyn’s Degraw Sound to record their debut EP.

Due out June 28th, the self-titled EP’s latest single also wrestles with timing, only this time on an internal level. “More” is soft yet scintillating track that teeters between dream folk and indie rock, strolling bass lines and airy guitars interweaving like the meeting of two brooks in a woods. Lyrically, it’s a song that sees the narrator’s inner monologue attempting to convince her to move on, even as she resists. “Blood on my knees/ I am waiting for more,” goes the chorus. “It’s time to stop the voices/ I am ready for more.”

“‘More’ is about an uphill battle with anxiety and mental exhaustion that spawned from an identity crisis,” explains frontwoman Olivia Price. “It outlines the internal struggle of desiring something better and the inherent conflict that can occur when trying to make that desire a reality. The heavy lyrics are juxtaposed with playful and rhythmic melodies to sonically emphasize the fact that no one is ever as s/he seems on the surface.”