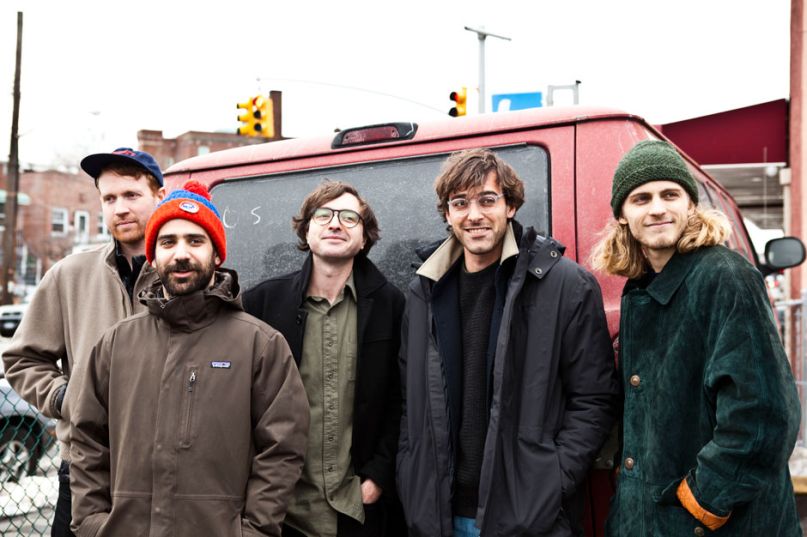 Real Estate have announced that they’ve parted ways with founding member Matt Mondanile. In a statement, the band said that Mondanile would be focusing his energy on Ducktails, a project he began working on prior to Real Estate’s formation in 2009. Stepping in for the departing guitarist will be Julian Lynch, an accomplished musician in his own right who also happens to hail from the band’s hometown of Ridgewood, New Jersey.

But consider this a bad news, good news situation, as Real Estate have also revealed new dates for their current tour schedule. The shows will find the new lineup traversing California from Santa Ana to Sonoma. What’s more, the announcement adds that the concerts are “a prelude to the recording of their next album, tentatively slated for early 2017.”

So though fans have to say goodbye to a long-time band member, they’ll soon be able to say hello to a follow-up to 2014’s Atlas. (And it sounds like we can expect more Ducktails material soon, as well.) Read Real Estate’s full statement below, followed by their complete tour itinerary.

“Having previously announced a short run of shows in California and a show at Red Rocks Amphitheater with The National, Real Estate expand on this by adding two further California dates. This limited run of dates is a prelude to the recording of their next album, tentatively slated for early 2017.

These upcoming shows will be the first with new member and fellow scion of Ridgewood, NJ, guitarist Julian Lynch. Lynch takes the place vacated by the departing Matt Mondanile, who is focusing on his own Ducktails project, a musical endeavor that predates his involvement in Real Estate.

The band will commence recording their follow-up to Atlas this summer.”

Mondanile will still be hard at work, as well, and you can peep their tour schedule below.