Reach for the sky! Ridley Scott heads out west for Wraiths of the Broken Land 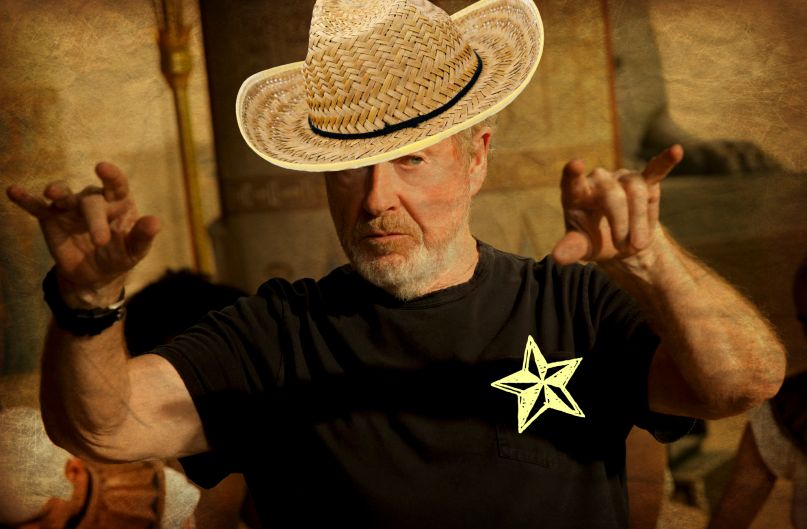 Yeehaw! Ridley Scott will soon play cowboy and gallop out west with Wraiths of the Broken Land.

Even better, he’s reuniting his Oscar-nominated team behind last year’s The Martian. In other words, producer Simon Kinberg and scribe Drew Goddard will ride alongside him into the sun-scorched desert.

Just like they did with Andy Weir’s best-selling spacey survival novel, Twentieth Century Fox snagged the rights to S. Craig Zahler’s 2013 book which takes place in Mexico circa 1900. Here’s the official synopsis:

A brutal and unflinching tale that takes many of its cues from both cinema and pulp horror, Wraiths of the Broken Land is like no Western you’ve ever seen or read. Desperate to reclaim two kidnapped sisters who were forced into prostitution, the Plugfords storm across the badlands and blast their way through Hell. This gritty, character-driven piece will have you by the throat from the very first page and drag you across sharp rocks for its unrelenting duration. Prepare yourself for a savage Western experience that combines elements of Horror, Noir and Asian ultra-violence. You’ve been warned.

Blame it on Quentin Tarantino, the Coen Brothers, or even Vince Gilligan, but it would appear that Westerns are making a big comeback. Last year’s Bone Tomahawk fiddled around with the genre to brilliant effect, while Ti West will soon release his vintage stunner, In a Valley of Violence. So, it’ll be interesting to see Scott’s spin on it.

That won’t be for awhile, though, as he’s currently floating in space shooting Alien: Covenant.