Plus, the frontman covers Harry Nilsson's "Don't Forget Me" 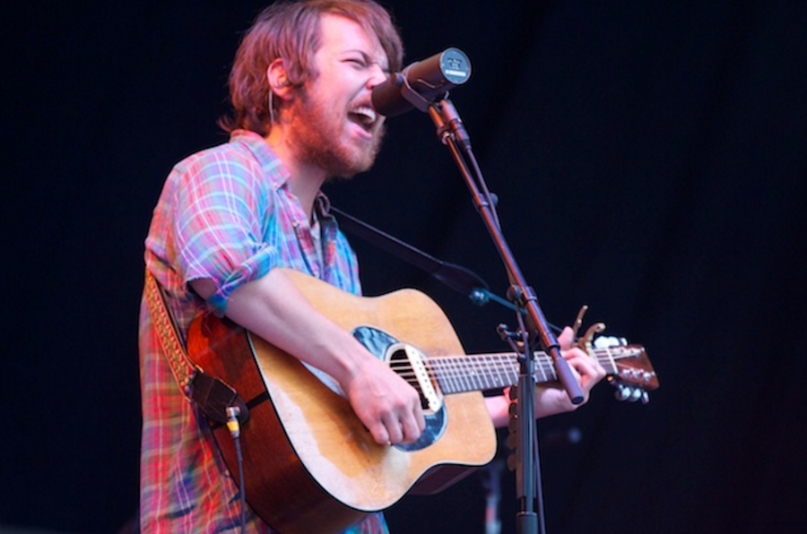 Robin Pecknold participated in an informal Q&A on Instagram yesterday, revealing a number of interesting tidbits about the much-anticipated new Fleet Foxes album, as well his thoughts on Radiohead’s latest masterpiece, A Moon Shaped Pool.

As Reddit users pointed out (via Pitchfork), Pecknold answered fan questions in the comments section of his latest Instagram post, which happened to be a picture of his Columbia University student ID. (If you’ll recall, part of the reason the band is on hiatus is because Pecknold went back to school.) When asked when he’d be returning, the singer-songwriter said “next year,” adding, “my plan is to record and tour and then go back to finish after so not soon.” He clarified that the recording would be for Fleet Foxes and other projects.

When a fan asked what they could expect from the Fleet Foxes comeback and the Helplessness Blues follow-up, Pecknold replied by saying, “new material is a different vibe from both that and 2008-2011 FF please trust my time-fortified discernment as I endeavor to scrub the soundfield of BS and empty sonic reference.” He also said that Joanna Newsom drummer Neal Morgan would be contributing.

Elsewhere in the conversation, he and fans talked literature, poetry, and Radiohead’s latest record. Pecknold said he “reallys love ‘Daydreaming’ and ‘Ful Stop'”, and then offered up a long explanation behind the title’s lack of a hyphen.

“My current theory is that there shouldn’t be a hyphen: the title is actually (and sneakily) a complete SVO sentence. Moon is the subject, Shaped the verb, and Pool is the object here. A moon has “shaped” (influenced, formed, guided by its beauty) an individual named Pool (Paul? McCartney). Perhaps Thom and Paul had a nice night drinking wine under a full moon and the experience shaped Paul and Thom wanted to honor the evening with this title. This is all conjecture but that’s where I’m at with it rn”

In related news, another stealthy Reddit user has pointed out that Pecknold covered Harry Nilsson’s “Don’t Forget Me” last month. The rendition appears in a short film by his brother Sean Pecknold titled A Study in Time Travel. Check it out below (it starts at the 18:45 mark).