To be fair, fans of The Patriot know this guy can deliver on historical dramas 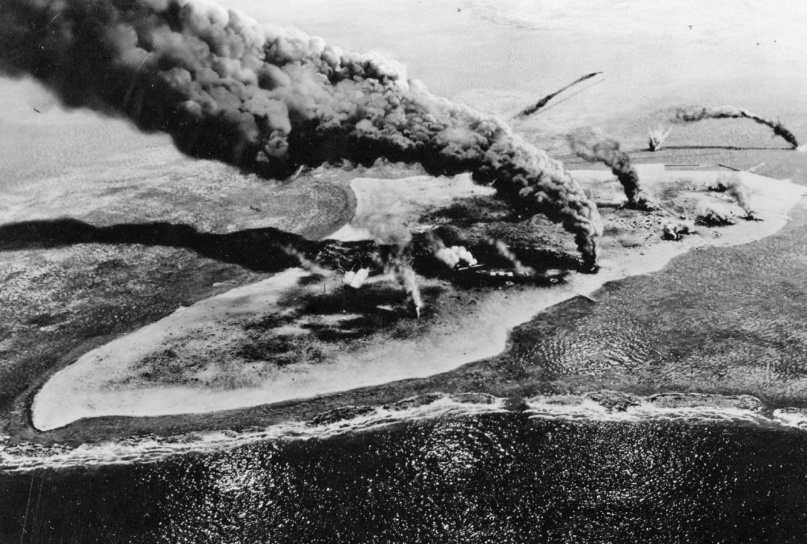 Look, we all know that director Roland Emmerich has a wee habit of blowing things up and detailing all sorts of on-screen destruction for the popcorn munchers. Independence Day, Godzilla, The Day After Tomorrow, and 2012 are all fine examples of this eccentric fetish of his, and one that has yet to wear off, as he’s about to double down on some more extraterrestrial chaos this summer with Independence Day: Resurgence.

Yet, wedged between Godzilla and The Day After Tomorrow lies one of his better films, 2000’s Mel Gibson-starring The Patriot. Sure, the Revolutionary War blockbuster was more of a revenge fantasy film than a historical meditation on patriotism, but it’s nonetheless a broad departure from his signature style, an accessible war epic that thrived from solid performances and intriguing tension. Which is why his next project has us intrigued.

As Variety reports, Emmerich wants to make a film about 1942’s Battle of the Midway. The producer and director announced his plans Tuesday night prior to a 20th anniversary screening of Independence Day. We’d like to imagine he sounded like a cross between Bill Pullman’s President Whitmore and our country’s late President Kennedy, pounding his fist on the podium and screaming, “I will take us to Midway!” Here’s what he actually said, though:

“At the time, the Americans were the underdog,” he explained. “It was one of those moments where, against all odds, people came together and did the impossible. A lot of pilots died in this battle. I want to make a monument to them and it would be great to make a movie about it.”

This wouldn’t be the first film based on the decisive battle. Previously, Universal released 1976’s Midway, which starred a who’s who of legendary actors, specifically Charlton Heston, Henry Fonda, James Coburn, Glenn Ford, Hal Holbrook, Toshiro Mifune, Robert Mitchum, and Cliff Robertson. That’s one hell of a cast to match, but leave it to Emmerich to flip through his rolodex and check in on Kurt Russell, Jake Gyllenhaal, Jeff Goldblum, John Cusack, and Randy Quaid.

Okay, maybe not the last one.