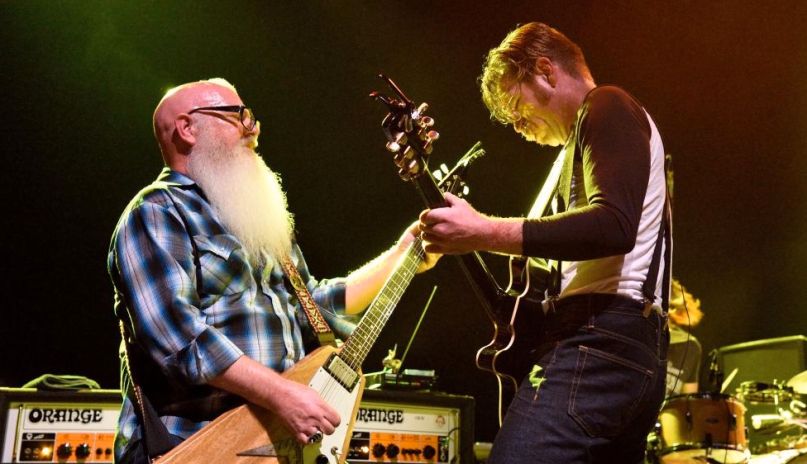 Entering the mosh pit always comes at your own bodily risk, but nobody expects to lose an actual body part in the process. Such a mishap actually unfolded while Eagles of Death Metal performed at Toronto’s Opera House on Saturday night, as Toronto’s Aux.tv reports. In the midst of the concert, drummer Jorma Vik looked up and watched in disbelief as a man in the audience “got his ear bitten off.” In a Facebook post that appears to have been deleted, Vik added, “First time for everything I guess!”

Athena Ellinas-Towers, general manager of the Opera House, confirmed that the incident did in fact occur (though Aux.tv notes she was initially hesitant to reveal the gruesome details). “I didn’t witness anything, but there was a confrontation between two individuals,” she admitted. “The one gentleman that instigated the whole thing was arrested and charged. I’m not sure of the charges; I just saw him being arrested. The police haven’t followed up with me yet. We called them because this is a serious offence.”

OK, that’s all well and fine, but what happened to the guy’s freaking ear? Ellinas-Towers explained that a brave female member of the crowd picked it up and brought it to the venue’s staff, who put it on ice until an ambulance arrived. “This is a first,” Ellinas-Towers confirmed. “I didn’t actually believe it when someone came up to me and told me what happened.”

Well, damn. It looks like ear plugs don’t offer as much protection as we’d thought.