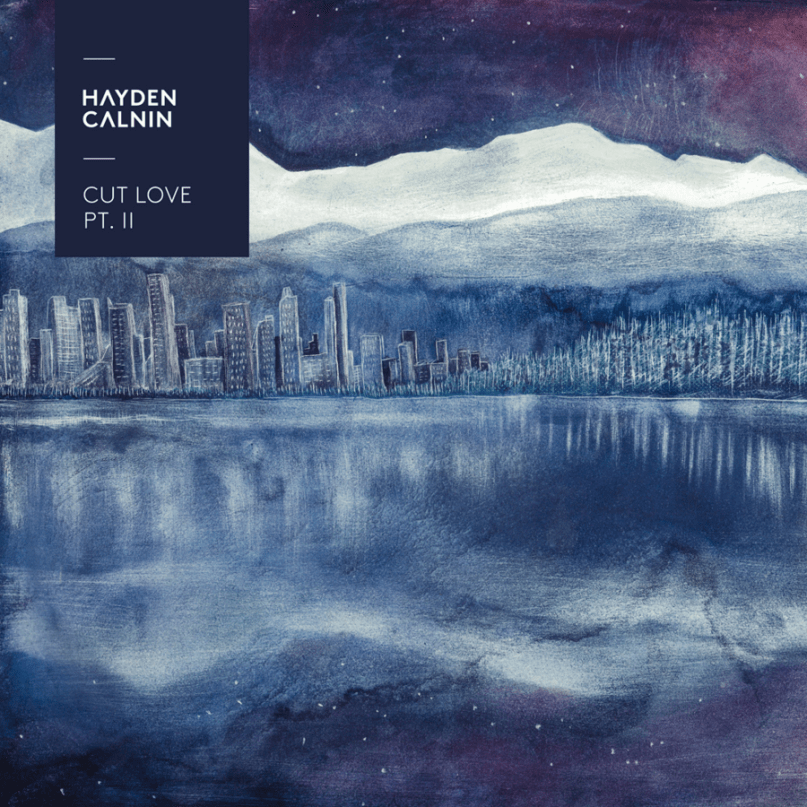 Typically, there will be quite a gap between an artist’s debut and their sophomore effort. After all, there’s all the promotion to handle, touring, not to mention the actual writing and recording portions. But Melbourne’s Hayden Calnin had too much to say to wait longer than a few weeks. Just over two months on from releasing his debut record, Cut Love Pt. 1, Calnin is back with Cut Love Pt. 2.

“Continuing on from Cut Love Pt. 1, Cut Love Pt. 2 is an exploration into a very confusing time of my life where I was feeling a little lost and off the rails,” explains Calnin of the new album. “We’ve all been there at some point so I think much of the sentiment behind the album is something a lot of people will find relatable. Pt. 2 has a bigger sound than Pt. 1 and is  also the first release that I’ve worked on with another producer. I’m really proud of what Tim Carr and I have created.”

What they’ve created are nine tracks of adventurous and alluring folktronica. Album opener “Caution Cares” brings to mind comparisons of both Bon Iver and the quieter moments of TV on the Radio, while a song like single “Ultra-Beast” highlights Calnin’s husk vocals in a neo-R&B setting. A surprising cover of Elvis Presley’s “Hound Dog” turns the song on its head, swinging it from a rocking blues number to a smoky indie brooder. But the delicacy of “Dinosaur Stampede” perhaps best sums up the entire thread of the record, an effort that’s at once heartbreaking and redemptive, alternatively slight and momentously powerful.

Cut Love Pt. 2 is out this Friday, May 13th, but you can stream the entire lovely thing below.